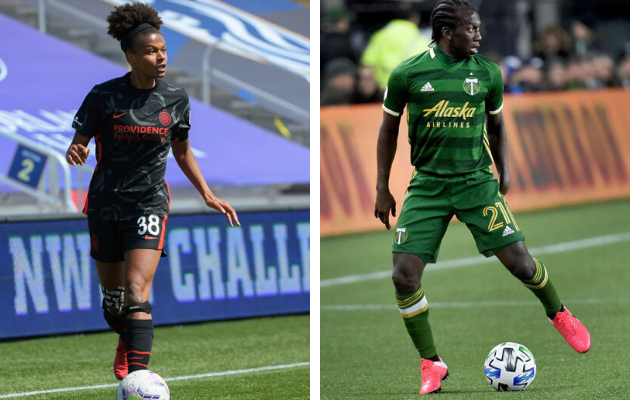 Monday will be a big day for Portland professional soccer as both the Thorns and Timbers take the pitch.

Meanwhile, for Group F of the MLS is Back Tournament, it’s game No. 1 as the Timbers and LA Galaxy face off Monday night after Houston versus LAFC.

At stake for the Thorns is a better draw for the quarterfinals. In the Challenge Cup, all eight teams left–the Orlando Pride withdrew before the tournament started–will reach the Knockout Stage.

Currently, without a win, Portland sits in seventh with two points thanks to two draws (0-2-1 overall).

The Thorns will need a win against OL Reign to improve their current seed in the quarterfinals. There are four teams (Houston Dash, Utah Royals, Sky Blue and OL Reign) tied for third with four points, and if Portland wins they would have five points.

At publication of this story (time) Portland was ahead of Chicago (1 point). If Chicago beats Utah, then the Red Stars would join the teams with four points and keep Utah in striking distance of the Thorns; making it five teams at four points. However, if Utah wins they would vault into a tie with Washington at seven points.

For the No. 3 seed, Portland needs a lot of help: 1) win against OL Reign, 2) Utah loses to Chicago, 3) Sky Blue loses to North Carolina. This would give the Thorns five points, while Houston, OL Reign, Utah, Chicago and Sky Blue would be stuck at four points. North Carolina and Washington are unreachable for Portland already at nine and seven points respectively.

Without giving every scenario for what each team does the rest of the way, Portland needs a win to advance. If they lose or draw they will be No. 7 or No. 8.

The Thorns kickoff on CBS All Access at 9:30 a.m. on Monday.

First game since March 8 against Nashville. First game for the Timbers of the MLS is Back Tournament.

A win (or even a draw) against the LA Galaxy would go a long way to Portland winning Group F. We’ll know what happened in Houston-LAFC before the Timbers hit the pitch to see if a draw would be enough to keep them in contention for an automatic spot in the MLS is Back Knockout Stage.

The Galaxy finished last season in fifth, and they were 0-1-1 before the season was postponed due to COVID-19. Their draw came against the Houston Dynamo, a fellow Group F team.

The Timbers have their core, Sebastian Blanco and the Diego’s Chara and Valeri, along with newcomer Jaroslaw Niezgoda are all hoping to get off to a good start on Monday.

Portland will be without a few players, including Darion Asprilla who is recovering from knee surgery in May. Also, Jorge Moreira left the Timbers in June after his loan expired, and he returned to Argentine club River Plate.

Kickoff for Timbers-Galaxy is scheduled for 7:30 p.m. PT from Orlando.