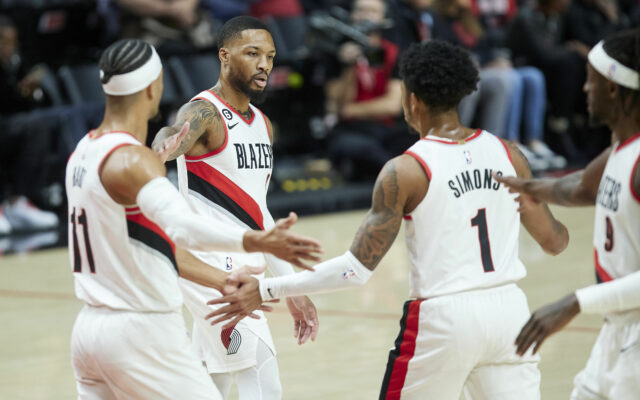 The Portland Trail Blazers are still exceeding expectations, despite having fallen back to earth a little bit with two straight home losses to the Nets and Jazz.

Now, with star Damian Lillard again nursing a strained right calf for the next 1-2 weeks, the team heads out on what could be a difficult road trip.

The trip opens up with a bang, in Milwaukee to take on Giannis and the Bucks. Milwaukee is expected to be without Khris Middleton, but they still pack a lot of firepower at 11-4, good for 2nd place in the Eastern Conference.

After that, Portland heads to Cleveland on Wednesday to take on a talented young Cavaliers team that features newly acquired star guard Donovan Mitchell. The Cavs had lost five straight after a scorching start, but they’ve gotten back to their winning ways with victories over the Hornets and Heat.

After a day off for Thanksgiving, the Trail Blazers get what will probably be the most forgiving game on the road trip, taking on the Knicks at MSG. New York is only 8-9 on the season, but they do feature wins over the Nuggets, Jazz, and 76ers. Julius Randle has bounced back from a brutal season last year, and R.J. Barrett continues to develop into a dependable scoring wing.

Finally, the Trail Blazers look to avenge last week’s 109-107 loss against the Nets in a rematch in Brooklyn. The Nets are always dangerous as long as they have Kevin Durant, but Ben Simmons has been coming of late. Last week at Moda Center, Simmons had his best game of the season at that point – with 15 points, 12 rebounds, and seven assists. He followed that up in his team’s next game – a win over the Grizzlies – with 22 points, eight rebounds, and five assists. If the Ben Simmons of previous years is back, it’s safe to ignore their 8-9 record.

It will be a difficult road without Damian Lillard for at least the first three games of the trip, but Portland has survived his absence already this season. They’ll need to take care of the ball, move on offense, and play lock-down defense on the other side of the floor, but a 2-2 trip would be passable, all things considered.