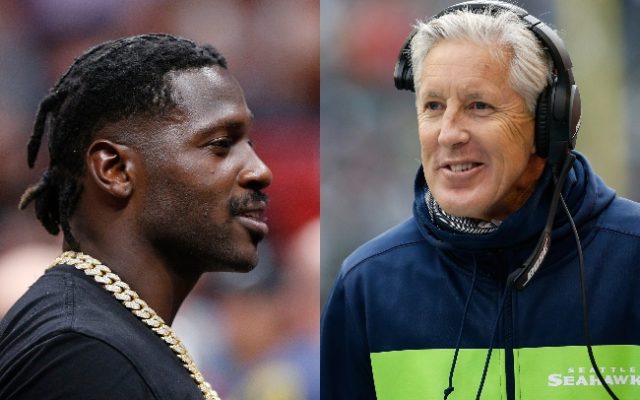 Photos by Getting Images

Last week the NFL issued Antonio Brown an eight game suspension for multiple violations of the NFL’s personal conduct policy. Ironically, this came just a couple weeks after Brown had suggested via social media that he was officially retiring from the game.

Pete Carroll on Free Agent Antonio Brown: “John Schneider is competing at every turn He’s all over it it’s a very complex situation. We just need to see where it fits somewhere down the road.” #Seahawks

Carroll shared even more about the team’s interest in another suspended wide receiver, saying the Seahawks are “very open” to a reunion with Josh Gordon.

Seahawks beat writer, Gregg Bell believes Josh Gordon is the the more likely and realistic option for Seattle, given the on-going court case that Antonio Brown is currently involved in.

Two words for all the hoo-ha about #Seahawks and Antonio Brown: