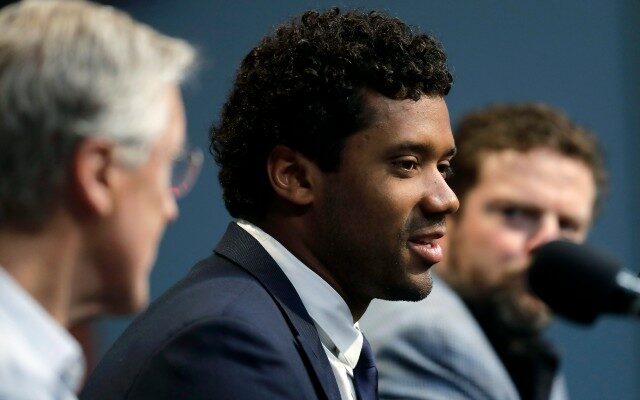 Seahawks star quarterback Russell Wilson joined The Dan Patrick Show (Weekdays 6-9am on 750 The GAME) on Tuesday morning, and his comments made big headlines in the NFL world (Listen to the full interview below).

“I definitely believe they’ve gotten calls, for sure,” Wilson said.  “Anytime you’re a player that tries to produce every week and has done it consistently, I think people are going to call, for sure, and it’s part of the process.”

When Patrick asked him if he was available in trade talks, Wilson said, laughing, “I don’t know if I’m available or not.  That’s a Seahawks question.”

Dan also pushed Wilson to answer if he wanted more involvement with the Seahawks organization about the team’s personnel decisions.  To that, Wilson answered in the affirmative.

“I think it helps to be involved more.  That dialogue should happen more often, in my opinion.”

The Seahawks went 12-4 in the 2020 regular season, winning the NFC West Division for the first time since 2016, but losing their home playoff game to their rival LA Rams in the Wild Card, 30-20.

Listen to the full conversation with Russell and Dan below, and catch The Dan Patrick Show each weekday morning right here on 750-AM and 750TheGame.com and streaming on all major streaming platforms.