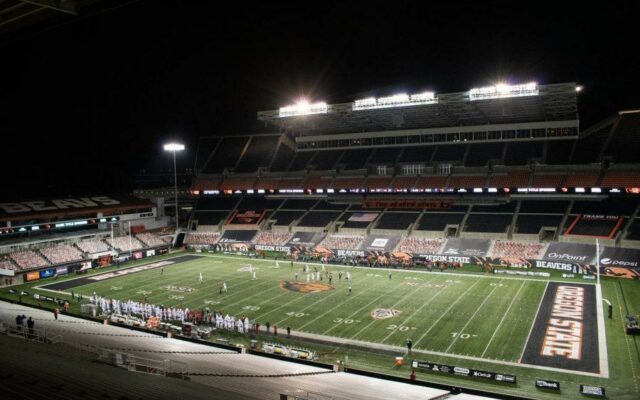 Don’t look now, but the Oregon State Beavers are 3-0 and have a couple of pretty impressive wins. This week, they have their toughest task yet as they take on the USC Trojans, who have looked amazing in their own right under new head coach Lincoln Riley.

This USC team is much different than in years past, with a whole new roster full of transfer portals, a shiny head coach, and a promise to leave the PAC-12 by 2024. This could be one of the final times that these two schools ever play each other in football, given the new scheduling once the Trojans leave.

Wouldn’t it be nice if the Beavers sent the Trojans packing from Corvallis with a loss? It may sound crazy, but an upset could easily be brewing here in Oregon when USC comes to town. After all, this is the PAC-12, and if there is one conference in the nation that loves upsetting itself and cannibalizing the hopes and dreams of another member school, it is the Conference of Champions.

It will take everything the Beavers have, but a victory is possible. For starters, this team has looked sharp through three weeks, the last matchup between the Beavers and Trojans is encouraging, and OSU can create some mishaps for this team from Hollywood.

While many schools around the country schedule absurdly easy games for their non-conference slate against FCS schools or teams from the Sun Belt (who dominated two weeks ago), the Beavers scheduled matchups against tough competition in the Mountain West. Funny enough, that might be their future conference if the PAC-12 doesn’t figure itself out here quickly. Yes, they did face Montana State this past week, but I am focusing on the two quality wins that came in the first two weeks.

Fresno State and Boise State are two excellent programs that have had great success in recent years. This is a Fresno State team that finished second in the Mountain West with a 10-2 record. Boise State isn’t the powerhouse it once was, but there’s no discrediting what the Beavers did to them. In those two games, Oregon State delivered timely big plays, didn’t allow the moment to get to them, and picked up a couple of massive stops.

I have been all around really impressed with how well the offense has performed. They are averaging 45 points per contest. Quarterback Chance Nolan has been what I call an excellent game manager, and there’s legit star power potential in running back Deshaun Fenwick. The Beavers had five different rushers find the endzone against Montana State, a positive sign that their offense can mix and match.

“It doesn’t shock me, each guy getting a touchdown with the way we rotate,” head coach Jonathan Smith said of his running game. “All three of those guys (Fenwick, Martinez, and Griffin), we’ve got a ton of confidence in to run the scheme.”

We can’t forget that the last time these two teams played each other, it was Oregon State who came out on top in dominating fashion. They took down USC 45-27. I know what you’re thinking – this is an entirely different USC team. And you are right. But in that game which occurred less than a year ago, USC was favored by 11 points. This weekend, they are favored by just 6.5 points. So have no doubt, this USC team could very well be upset as even a narrower favorite against what we might be able to call a better Beavers team.

In that game in 2021, OSU rushed for 322 yards which was the big difference. The defense also applied the pressure, forcing three interceptions out of Kedon Slovis. Drake London had a career day for the Trojans in that contest, but he is no longer with USC.

Finally, Oregon State provides a couple of mismatches that could very well hurt this team from Hollywood. Their defense allows 177 rushing yards per game, and the Beavers can undoubtedly hurt you in that area. Deshaun Fenwick proved he could be the go-to lead back against Fresno State when he rushed for over 100 yards and a score. Since then, Oregon State has had more of a running back by committee while focusing more on airing it out. I’d like to see them stick to the hot hand in this game and make USC stop the run.

Turnovers will be the other big key. Points will be scored, we have two lethal offenses, and there is no doubt about it. But the turnover battle will prove to be the difference maker here. Oregon State forced four turnovers a year ago in this battle on the road. Caleb Williams has taken six sacks over the last two games. Expect him to get the ball out quickly and make some rushed decisions.

Something in the air points me to Oregon State, and I am listening to it.