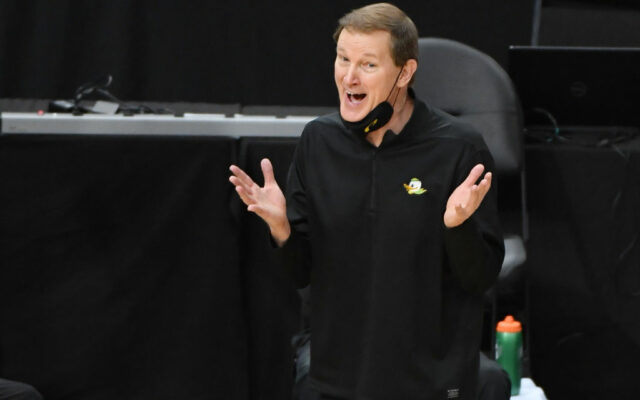 #VCU athletics director Ed McLaughlin: “We knew about the positives being confirmed today and we were hoping through contact tracing that we would still be able to play tonight, but obviously that did not happen.”

VCU’s Ed McLaughlin: “This isn’t something where our team broke protocol and did the wrong thing. We don’t know how this happened, but it certainly wasn’t bad behavior on our side. It’s brutal.”

#VCU had enough players who hadn’t tested positive to play. So why was game declared no-contest? AD Ed McLaughlin: “What we have come to understand with it is the multiple positives within that 48-hour window was what gave the health department folks cause for concern.”

ORIGINAL (4:26 p.m.): Oregon will advance to the Round of 32 after the NCAA Division I Men’s Basketball Committee declared the Ducks Friday night game with VCU was declared a no-contest.

However, the only official reason given was “because of COVID-19 protocols,” but no specific details were revealed in the NCAA’s statement (below).

“The NCAA Division I Men’s Basketball Committee has declared the VCU-Oregon game scheduled for Saturday night at Indiana Farmers Coliseum a no-contest because of COVID-19 protocols. This decision was made in consultation with the Marion County Public Health Department. As a result, Oregon will advance to the next round of the tournament. The NCAA and the committee regret that VCU’s student-athletes and coaching staff will not be able to play in a tournament in which they earned the right to participate. Because of privacy issues we cannot provide further details.” – NCAA.org

The Ducks will face the winner of No. 15 Grand Canyon and No. 2 Iowa.