Kevin Love on Posted Up Podcast: “If I was wearing a Portland Jersey that’s special” 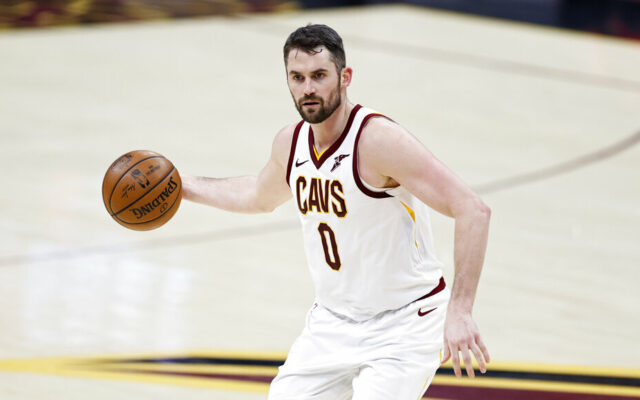 The Portland Trail Blazers and Kevin Love, a match that hasn’t happened. At least, not yet.

Chris Haynes of Yahoo! asked Love what his view is about playing in Portland. The Lake Oswego HS product would do it.

“By the way, who wouldn’t want to play with Dame Lillard, first of all? I mean, he– Dame is — he’s special. I mean, he’s amazing,” Love said. “I still love — I still claim Portland when people ask me where I’m from. I spent all my formative years– I grew up in Portland.

“Portland is always going to have a special place in my heart. Like whether it be at the end of my career, whether it be in six months, whatever it may be, if I was wearing a Portland jersey, I mean that’s special, right? Like that’s playing, that’s playing at home,” he added.

Then, Love made it sound like he’s actually trying to get to the Rose City right now.

“Like, what’s the saying? ‘You want to make God laugh tell Him your plans.’ Like it’s obviously a special place,” he said. “I love CJ [McCollum]. Melo has done an incredible job stepping in there. Terry Stotts, great. Like, you know, Portland has always had something special.”

The 12-year pro also didn’t stop there, in fact he started talking about the Rip City faithful.

Right now, there’s no easy path for Love to join the Blazers. His contract with Cleveland runs through the 2022-23 season. Also, he’s owed $60 million over the next two seasons.

You can catch the rest of Love’s answer and the full conversation on the Pulled Up with Chris Haynes podcast wherever you listen to podcasts.