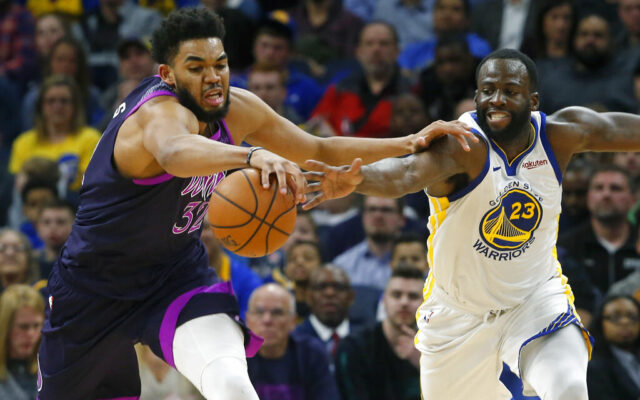 With the offseason beginning for the Portland Trail Blazers, trade rumors and roster moves are already here.

ESPN’s Stephen A. Smith and Max Kellerman discussed the end of Portland’s season and Damian Lillard’s cryptic Instagram post on Friday morning’s edition of First Take. At the end of the segment, Smith received a text message from a “source” who will “remain nameless.”

Smith also brings up Golden State’s Draymond Green, but he caveats it with “I’m not saying Golden State should ever give him up.” Smith thinks bringing in Green and/or Towns would be a great idea for the Trail Blazers. You can see the clip below.

Towns and Green are under contract with their respective teams through the 2023-24 season. So, Portland would need to trade for both players if they were to join Rip City next year.

Other than Smith, there’s no real indication Portland is interested in pursuing either player. However, Green and Lillard have shown they have a friendship off the floor.