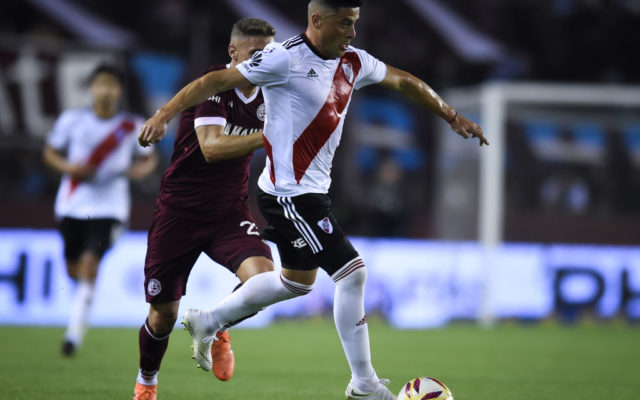 PORTLAND, Ore. – The Portland Timbers today announced that defender Jorge Moreira will return back to Superliga Argentina side River Plate. The Timbers declined to exercise a permanent transfer option included in the loan agreement. The club explored extending the loan as well as acquiring the player for a reduced fee.

“Jorge Moreira has been a fantastic, dynamic player for the Timbers and was a tremendous addition to the club,” said Gavin Wilkinson, general manager and president of soccer for the Timbers. “The intention was to work with River Plate to extend his loan during these uncertain times and while River Plate is not open to this at the moment, it remains our sincere hope to see Jorge back with the Timbers in the future.”

Moreira, who originally signed with the Timbers on Feb. 20, 2019, appeared in 32 games (31 starts) across all competitions, recording three goals and four assists during his time with Portland (2019-20).

“I’m extremely thankful for Jorge’s contribution to our club,” said Giovanni Savarese, head coach of the Timbers. “He has been a great teammate and it has been a pleasure to coach him. He is a true professional who brought a lot of quality to his position.”

Transaction: Defender Jorge Moreira to return back to Superliga Argentina side River Plate after the club declined to exercise the permanent transfer option following the end of the loan agreement with the Timbers on June 18, 2020.