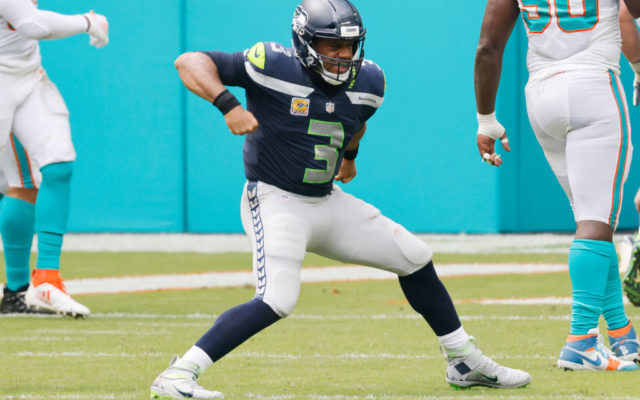 ESPN’s Bill Barnwell broke down the regular season awards as “quarter-season” award winners instead. In other words, he’s not predicting who will win, but who has performed the best through four games.

In each award’s discussion, Barnwell picked his top three contenders through the first quarter of the NFL season.

For the pièce de résistance, aka the NFL Most Valuable Player, Barnwell’s top three were all quarterbacks: No. 3 Buffalo’s Josh Allen, No. 2 Green Bay’s Aaron Rodgers and No. 1 Seattle’s Russell Wilson.

As for the reason you’re here, Barnwell picking Russell Wilson as his Quarter-Season NFL MVP. Check it out.

I prefer Wilson. Is there some sentimentality in there? Sure. Rodgers has already won two MVP awards, and while the story about Wilson never getting an MVP vote ignores how MVP voting works, it’s fair to say that Wilson hasn’t gotten the recognition he deserves. As good as Rodgers has been — and he has been impeccable — nothing is more exciting or feels more likely to result in a completion right now than Wilson throwing the ball downfield.

I didn’t think Wilson could top what we saw from him during 2018-19, but he just finished one of the best four-game stretches we’ve ever seen from a quarterback. He has been so good that even coach Pete Carroll and offensive coordinator Brian Schottenheimer have been convinced that they need to let Russ cook.

Barnwell also picked Wilson’s TD pass to David Moore against New England as the “Best Pass” in 2020. Obviously, that’s not a real award. However, the pass was still ridiculous.

The pass had just a 6.3% chance of being completed to Moore, according to NFL Next Gen Stats.