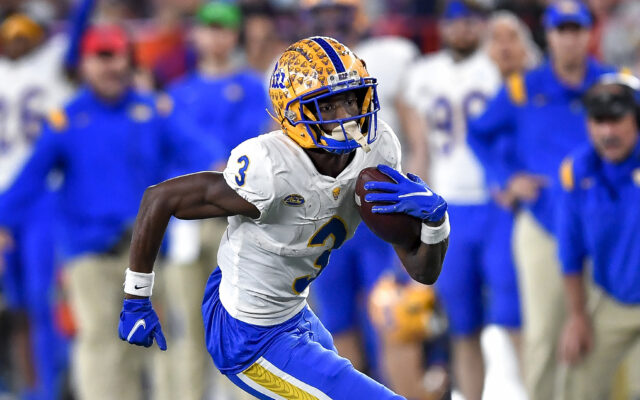 Jordan Addison was the best receiver in college football in 2021, helping Pitt win its first ACC Championship in program history.

The Biletnikoff Award winner tallied 1, 593 receiving yards, fourth-most in the country, and scored a nation-best 17 touchdowns.

Now, Addison is in the transfer portal after two seasons with Pitt.

Reports say Pitt coach Pat Narduzzi is dismayed with the situation and has called Lincoln Riley, USC head coach, numerous times, as Narduzzi and Pitt officials expect tampering may be at play with Addison’s decision.

NIL almost certainly factors into the star wide out’s decision to leave Pitt and consider other programs, Southern California included.  People close to Addison reiterate he will go through a formal process with his transfer, a return to Pitt could still be in play, and he will prioritize his future NFL prospects when making his decision.

Addison will be a junior this fall, and could declare for the NFL Draft following the season.