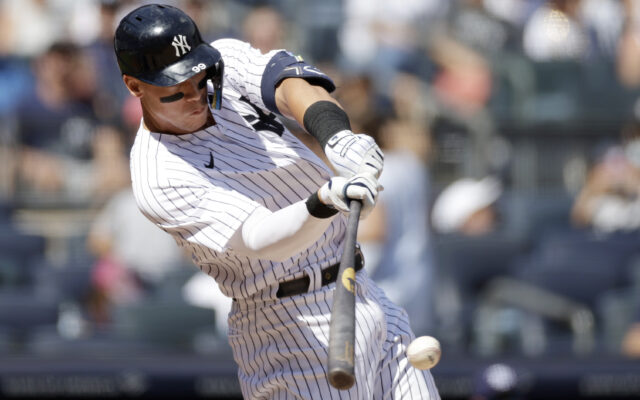 Judge hit his 56th home run of the season off starter Nick Pivetta in the sixth inning and his 57th off reliever Garret Whitlock in the eighth. He is now tied with Alex Rodriguez for the second-most home runs in a season by a right-handed hitter in the AL, one shy of tying Hank Greenberg (1938) and Jimmie Foxx (1932).

Judge has an astonishing 20 home runs more than anyone else in baseball this season; Phillies outfielder Kyle Schwarber is second in MLB with 37 homers.

With his 3-for-4 night, Judge raised his batting average to .310 and closed in on current AL batting leader Luis Arraez of the Twins, who has a .319 average. Judge leads the majors with 123 RBIs. With just three weeks left in the regular season, Judge has an outside chance to become baseball’s first triple-crown winner since the Tigers’ Miguel Cabrera in 2012.