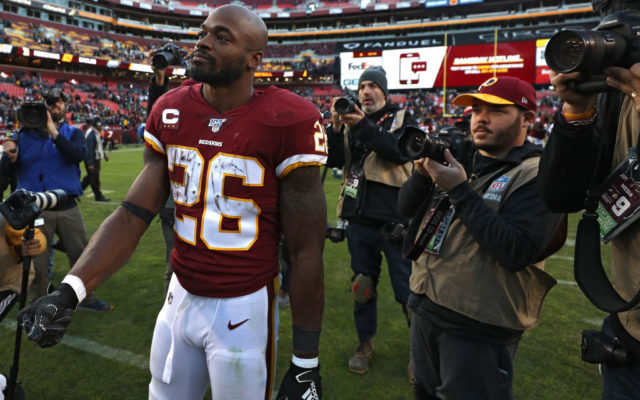 Adrian Peterson is one of the most successful running backs in NFL history. Now, he’s looking for a new job.

“It’s not about what [Peterson] didn’t do it’s about what these other guys were doing for us and allows us to go in the direction we feel good about. The guy’s got football left in him.” Washington head coach Ron Rivera said.

If Peterson latches on with another team he could reach No. 4 in rushing yards; he needs 1,054 to pass Barry Sanders (15,269). He can also reach No. 3 on the rushing TD list; Peterson needs 13 rushing scores to surpass Marcus Allen (124).

“Every new chapter is a blessing. Whatever comes next, I’ll be blessed to attack it,” Peterson said. “I can’t be down on myself. I know it wasn’t because of my ability or inabilities to do something. It came down to those guys making their decision.”