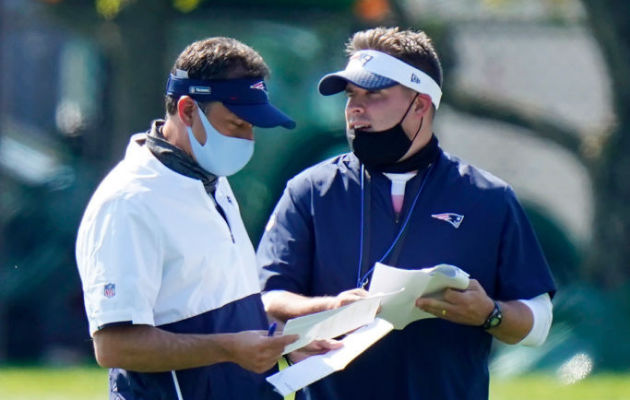 The University of Arizona officially named Jedd Fisch the next head football coach on Wednesday.

Excited to welcome Coach Fisch as head coach of our program. #BearDownhttps://t.co/GHyLPUX2IT pic.twitter.com/QG1hChWR4Y

Fisch has bounced back-and-forth between college and the NFL for almost the entirety of his career.

I’ll try to do this as succinctly as possible…

Now, I understand if you’re wondering why I gave you this man’s resume. I find it fascinating that he’s never spent very long in one spot.

The longest he spent at one job is with Baltimore. Otherwise, his entire career has been one or two year stints with each team/program.

He’s never been a head coach. He’s never stayed at a school or an NFL team longer than three years.

So, why did Arizona pick him instead of someone else? I really don’t know. He’s unproven.

He’s also coming off a year where as QB coach he didn’t seem to impact Cam Newton in a real positive way. Maybe that’s more of an indictment of Newton, but we won’t really know for at least a few years, if Fisch stays or even lasts that long at Arizona.

The last three seasons, Kevin Sumlin led Arizona to pretty bad seasons. He was 9-20 overall, including 0-5 this season.

To make matters worse, the Wildcats in-state rival hired Herm Edwards the same year Sumlin was hired, and the Sun Devils have been pretty good (except this year). Even though ASU struggled (2-2), they still smashed UA 70-7, so Arizona had seen enough.

What I’m getting at is, yes Sumlin struggled, but he only got “three” seasons. If you really think about it Sumlin got two seasons and a pandemic-shortened season.

That’s not enough time to get his recruits really into the program, but apparently Arizona didn’t think Sumlin could turn it around.

It will be very telling if Fisch gets a longer leash than Sumlin did to be successful.

Fisch snagged a five-year deal worth $14.9 million with the Wildcats.

However, it’s the lowest contract among the Pac-12 coaches.

New England Patriots Bill Belichick: “Jedd Fisch is one of the most outstanding coaches I have worked with and was an excellent addition to our staff this year. Jedd has gained a wealth of experience in numerous organizations, in college and the NFL, and is ready to lead the Arizona program. Although we will miss his contributions here, we wish Jedd and Amber well at the University of Arizona, home to two of the greatest Patriots, Tedy Bruschi and Rob Gronkowksi, as well as our current Wildcats, Nick Folk and J.J. Taylor.”

Seattle Seahawks Head Coach Pete Carroll: “Jedd was on my first staff with the Seahawks. I’ve followed his career closely over the years, and he is highly qualified for the job. Jedd is a gifted offensive mind, and he will do a great job leading and caring for the University of Arizona program.”