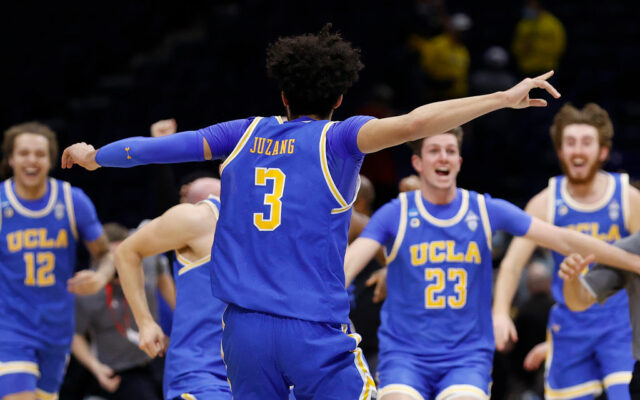 The Pac-12 entered the Elite Eight with three teams. USC never led against Gonzaga. Oregon State never led, but they tied Houston late. UCLA nearly gave the game away, but Michigan found a way to lose.

Yes, UCLA deserves credit for upsetting the Wolverines. However, Michigan also needs to carry some blame.

The Wolverines (23-5, 14-3 Big Ten) missed their last eight shots from the field. Franz Wagner had a rough night to say the least.

Wagner kept getting dragged on Twitter, and his last two shots didn’t help; both were wide open threes that he missed. He finished 1-of-10 from the floor.

On the flip side, UCLA’s Johnny Juzang deserves as much credit as you can throw upon a player. He scored 28 points, more than half of the Bruins 51 points.

Juzang hurt his right ankle for the third time in March. He left the game, got taped up and eventually scored the final three points for UCLA.

On top of Juzang’s performance, no bench player for the Bruins scored a single point. Tyger Cambell scored 11 while the other starters each scored four points.

What is the Bruins reward for keeping the Pac-12 alive and upsetting Michigan? A Final Four date with unbeaten Gonzaga.

We’ll have all the coverage of the Final Four (Saturday) and the National Championship (Monday).