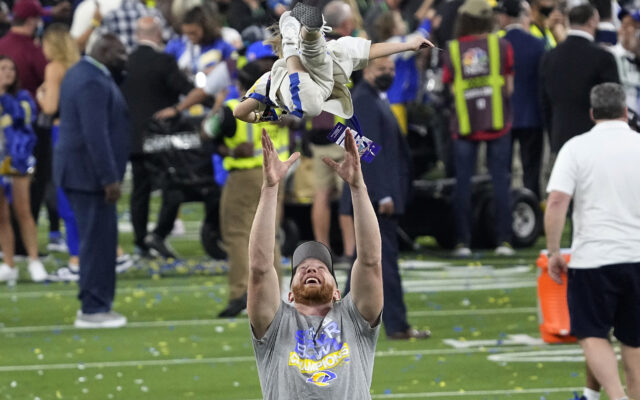 With the Rams 23-20 victory of the Bengals in Super Bowl 56, three former Ducks and Beavers players cemented their legacy in NFL history.

Linebacker Justin Hollins spent five seasons in Eugene with Oregon, eventually being drafted in 2019 by the Broncos. He was waived in the 2020 offseason and then picked up by the Rams. Hollins played 8 games with the Rams this season finishing with 22 tackles and two sacks, including a tackle in the Super Bowl.

Former Ducks and current Rams Tight End Johnny Mundt will also receive a ring as the third tight end on the Rams depth chart this season.

Former Beaver Punter and 4x Ram Pro Bowl Punter Johnny Hekker booted the ball away six times yesterday and has played every contest with the Rams since the 2012 season. The special-teams favorite who spent four years in Corvallis is now a champion.