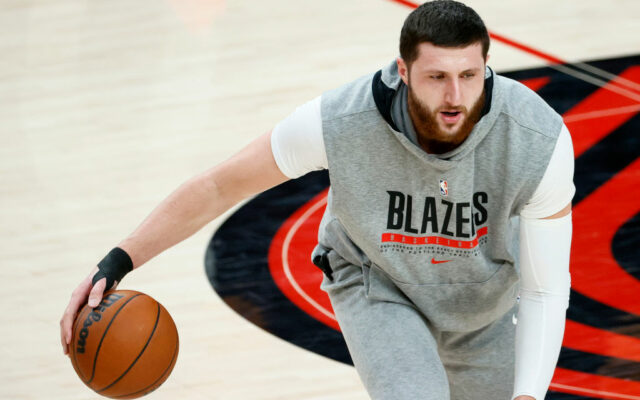 Jusuf Nurkić going through workouts before the Trail Blazers game against the Dallas Mavericks at Moda Center on March 19, 2021. (Photo by: Steph Chambers/Getty Images)

According to Aaron Fentress of the Oregonian, The Portland Trail Blazers will hold training camp in preparation for the 2022-23 season in Santa Barbara, California.

According to Fentress, camp will likely run through October 1 or 2.