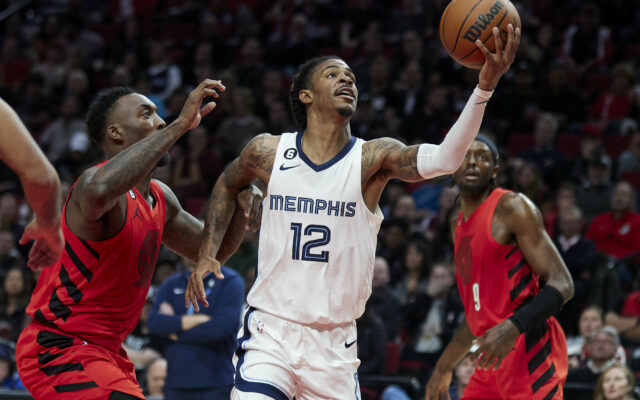 The Portland Trail Blazers simply ran out of gas.

In one of the most thrilling “ugly” games imaginable, the Portland Trail Blazers rallied from a second-half 17 point deficit only to fall to the Memphis Grizzlies 111-106.

After a lethargic first half, Anfernee Simons, Jusuf Nurkic, and Jerami Grant turned on the afterburners – scoring from the inside-out, while playing a zone defense that frustrated Grizzlies star Ja Morant (20 points, 8 turnovers).  But Desmond Bane put his team on his back, scoring seven straight points down the stretch to put the game out of reach in the closing minutes.

Anfernee Simons continued his hot shooting with 31 points. Jerami Grant and Jusuf Nurkic each chipped in 23 for Portland. The Trail Blazers now kick off the first of three six-game road trips with a road back-to-back at the Phoenix Suns on both Friday and Saturday.