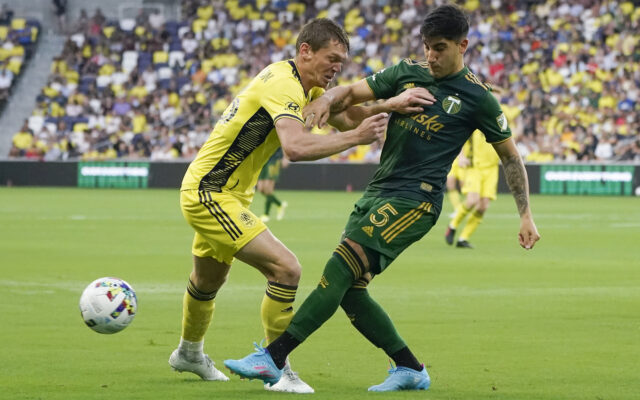 The Portland Timbers today announced that the club has signed defender Claudio Bravo to a contract extension through 2026 with a club option in 2027.

“Claudio has become an essential player for the team during his time with the Timbers,” said Timbers technical director Ned Grabavoy. “We’re glad he will be in Portland for years to come and see him continuing to be an influential contributor on the field.”

Bravo, 25, will enter his third season with the Timbers in 2023. The Argentine international has started in all 49 regular season appearances for Portland, tallying four assists in two seasons. In the 2022 campaign, Bravo made 26 appearances (all starts), while registering two assists for Portland. He led the league in tackles won (77), while leading Portland in interceptions (47), touches (1921) and duels won (184) in the regular season.

“Claudio has been an important component of our defense for the past few years. He has shown great skills and growth in many areas to make us a more competitive team,” said Timbers head coach Giovanni Savarese. “We’re looking forward to helping him reach his full potential.”