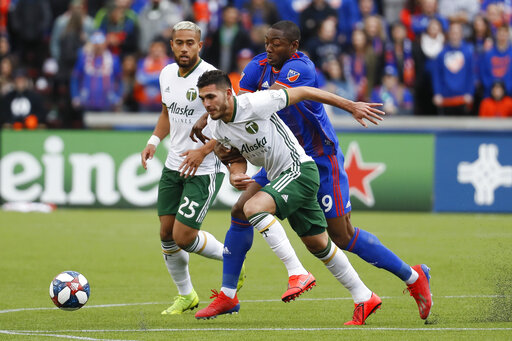 The Timbers announced Thursday that the club has officially completed the transfer of Paraguayan international midfielder Cristhian Paredes from Liga MX side Club América, utilizing Allocation Money. Paredes was originally acquired by Portland on a loan from Club América back on Feb. 2, 2018.

“Cristhian is a young, dynamic midfielder with a very bright future.”

We have completed the transfer of Cristhian Paredes from Liga MX side Club América. We’re happy you’re here, Cristhian!

Since joining the Timbers in 2018, Paredes, 21, has tallied five goals and five assists in 48 games played for Portland. Last season, Paredes made a career-high 22 appearances (19 starts), adding four goals and two assists during the MLS regular season. Paredes was ranked No. 19 in MLS’ 22 Under 22 rankings in 2019.

Paredes, a native of Paraguarí, Paraguay, began his first professional season with Paraguayan Primera División side Sol de América in 2016. Paredes was acquired later by Club América in 2017, tallying one goal in two Copa MX appearances for the Mexican side.