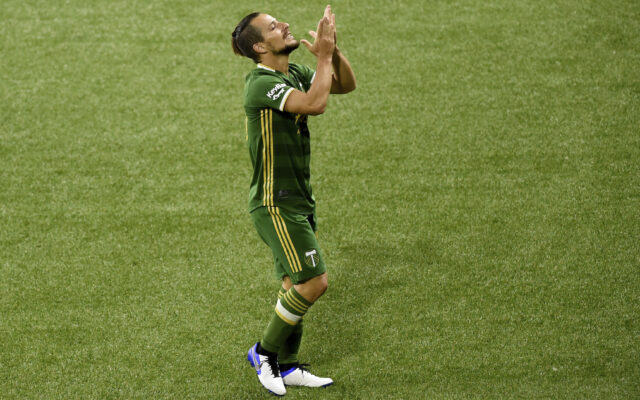 The Portland Timbers cruised past Real Salt Lake 3-1 at Rio Tinto Stadium Wednesday night to secure the fourth seed in the MLS Western Conference. Despite the Timbers not being in action since last Wednesday, mid-table sides Vancouver and LAFC drew Thursday night cementing Portland’s spot in the postseason.

Entering the late-night matchup in Sandy, Utah each side needed the points for separate reasons: RSL would secure a playoff spot with a win while Portland could clinch the fourth spot and a home playoff game with the points. Ultimately, Portland played liked the more desperate side and showed serious intent starting a very strong eleven.

Portland was content affording the ball to RSL in the opening half but when Portland got on the ball a familiar trend took precedent, Sebastian Blanco magic. The Argentinian star has been crucial since returning from his ACL injury and simply put the Timbers go as he goes. The energy, passion, and production are visible to any soccer fan and tonight the box score was littered with Blanco’s number.

Blanco, who started the match in the #10 position right behind the striker, was involved in all three first-half Timber goals:

Portland made it 1-0 in the 16th minute when Blanco headed a loose ball in at the back-post from Christhian Parades.

Blanco was not on the scoresheet when Portland made it 2-0 in the 37th minute yet it was his run and cross which forced RSL Defender Aaron Herrera into an own goal.

His final goal of the night came just before halftime when Blanco took the ball at the halfway line dashed on a counter with a gang of Timber players. Blanco finished the counterattack with an open net goal after Jaroslaw Niezgoda served a beautiful ball into Blanco’s path.

Blanco was far-and-away the man of the match and although he was central in all three goals he didn’t achieve a hattrick, it would have been the first in Portland’s MLS history.

The first half onslaught essentially ended any RSL hopes as only two teams in MLS history have come back from a 3-0 deficit. RSL showed energy in the opening 15 minutes of the final half and even grabbed a penalty goal after a Timber handball to make in 3-1 in the 87th minute. Albert Rusnak’s late goal may have caused some concern but nothing Portland’s defense couldn’t smoother for the final minutes and stoppage time.

With the win, Portland’s final game of the season against Austin FC is meaningless for placement purposes, Portland cannot move to third or drop to fifth while Austin is miles below the playoff line. Alternatively, Real Salt Lake must win at second-place side Kansas City FC to have a chance of getting in.