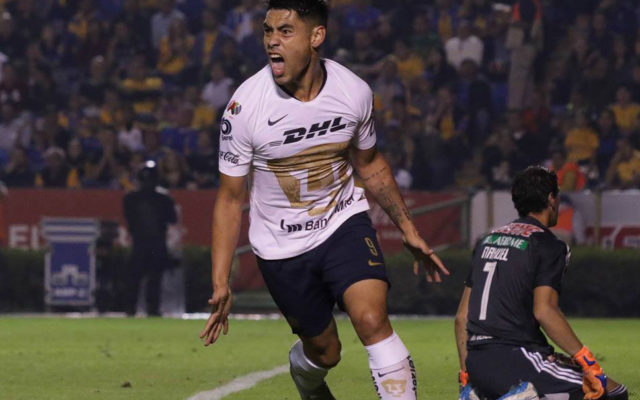 “Felipe is a player who our staff knows very well and was on the short list of DP forwards that we were scouting, so being able to bring him in on loan for the year is beneficial to both Pumas UNAM and the Timbers,” said Gavin Wilkinson, general manager and president of soccer for the Timbers. “He is a proven goal scorer that gives Gio and the staff tactical flexibility and another quality attacking option.”

“Felipe is an accomplished and dangerous goal scorer who has succeeded at a very high level, and we are excited to have him on the team,” said Giovanni Savarese, head coach of the Timbers. “He has already made himself at home with us and we can clearly see his character matches his ability.”

Mora began his professional career with Chilean Primera División side Audax Italiano (2011-16), where he made 137 appearances (97 starts) and recorded 44 goals across all competitions. In just his second career start for Audax, Mora tallied a hat trick as an 18 year old in a 4-3 win over Cobreloa on Sept. 11, 2011. During the 2015-16 Primera División campaign, Mora tallied 12 goals in 26 matches played (25 starts). Notably, Mora scored seven goals in 10 Copa Chile appearances for Audax in 2015.

At the international level, Mora has made five appearances for the Chile Men’s National Team, tallying one goal since making his debut against Romania on May 31, 2018. Mora scored the first goal of his international career in a 3-2 victory over Guinea on Oct. 15, 2019.