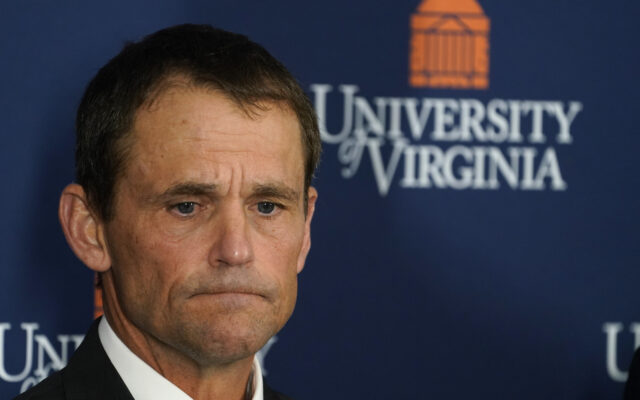 A former University of Virginia football player suspected of killing three football players and wounding two other students on campus late Sunday night is in custody after a manhunt in Charlottesville.

Police said the suspect in the shooting, identified as Christopher Darnell Jones Jr., has been taken into custody. University of Virginia police chief Tim Longo said Jones had been arrested and charged with three counts of second-degree murder and three counts of using a handgun in the commission of a felony.

Jones was listed as a freshman running back on the team’s 2018 roster.

Ryan said two other students were shot and were hospitalized; he said one was in good condition and one is in critical condition. They were not identified.

Ryan said the shooting took place on a charter bus after students returned to campus from a field trip.