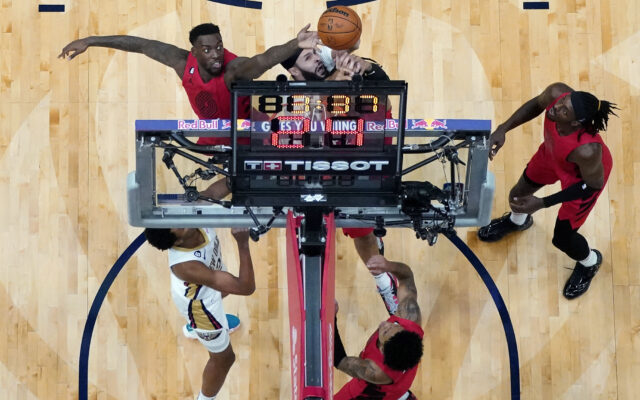 The Portland Trail Blazers continue to shock the NBA, leading the Western Conference with a 9-4 record.

After finishing what may have been their most difficult road trip of the season by winning four out of six, here’s what’s ahead for the Trail Blazers this week on their three-game homestand:

Portland marks their return home with a matchup against a San Antonio Spurs team that has played better than expected to start the year. While they’ve fallen off to 6-7 overall, this is a squad that was expected to be near the bottom of the Western Conference standings. Most of that is due to the emergence of two young players; SF Keldon Johnson is averaging 23 ppg, and G Devin Vassell is scoring 21 a night.

Portland will be without Jusuf Nurkic as he deals with his adductor injury, so it will be a priority to manage big-man Jakob Poeltl and keep him off of the offensive glass.

It’s been a roller coaster season already for the Brooklyn Nets, who have fired their head coach, seen limited production from Ben Simmons, and dealt with extensive drama from Kyrie Irving. Despite all this, the Nets have won four of their last six thanks to Kevin Durant. KD is averaging 30.6 ppg with high efficiency while new addition Royce O’Neale is starting to make an impact on the defensive end.

Alongside Portland, the Utah Jazz are the other big surprise in the Western Conference this season, currently holding a 10-5 record. Expected to be possibly the worst team in the league, Utah has excelled behind stellar contributions by Lauri Markkanen, Jordan Clarkson, Colin Sexton, and Mike Conley. The Jazz are balanced and dangerous, though it’s not clear how sustainable their play is at this point.