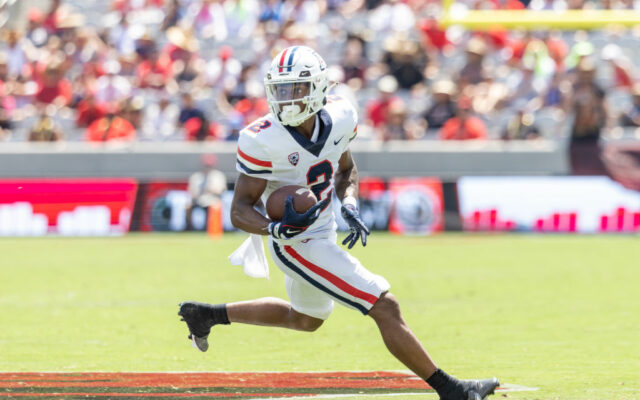 Bet The Game is back on 750 The Game.  But now it is on both Saturday and Sundays from 9-10 am.  While there were no NFL games this Sunday there was plenty of action going on in college football.  Here on Bet The Game both hosts, Judah Newby (@JudahNewby) and Steven Vaughan (@steven_von) pick 3 of their best bets to give out as well as plenty of other leans and views of the college football games.

This week Judah went with:

Judah went 2-1 with his best bets which of course is a winning week.  Judah had a good week.  But his co-host Steven had a great week.

This week Steven went with:

That’s a 3-0 record for Steven including 2 underdogs winning outright.  But that wasn’t it for Steven.  He likes to play a moneyline round robin parlay.  He has done it for years.  And it looks like he is going to have to make it a segment coming off of this week.  Check out the tweets he put out.

It’s a first for me. I had such a big win they had to rubber band my money. It’s never going to happen again. Until next week! Have I said before I love gambling! Can’t wait til next Saturday! Trust me. I’ve lost a lot also lol #betthegame pic.twitter.com/EcX6lr5w35

Looks like Steven and Judah are going to have to make this a regular segment and see if the luck can continue.  Tune in to Bet The Game on 750 The Game, 9-10 am on Saturdays and Sunday where Steven and Judah will be bringing you all the updated NFL news and lines