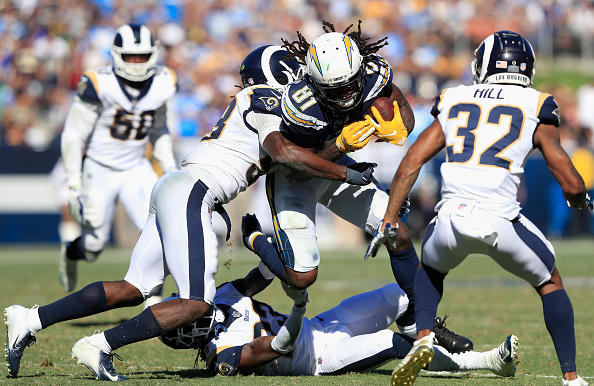 League sources told ESPN that for the first time, “Hard Knocks” is going is going to supersize and feature two teams this summer: The Los Angeles Rams and Los Angeles Chargers.

This is all assuming that NFL training camps do begin this year, but as of now NFL Films plans for the show to go on. No official announcement has been planned yet, as the NFL and NFL Films are focused on gearing up for the first virtual draft in league history due to COVID-19.

Being stationed in Los Angeles will allow NFL Films to embed themselves with the two franchises, a concept that has not been done in the past. This would be the second time the Rams have appeared on Hard Knocks (last time was in 2o16), and the first time for the Chargers.