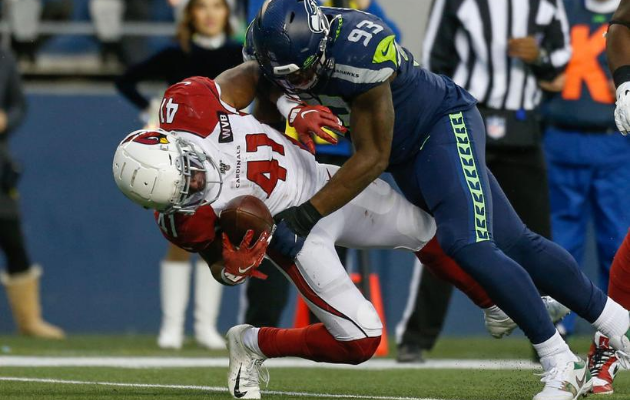 Branden Jackson’s journey to and with the Seahawks has been interesting to follow, and he’s once again Seattle bound.

The four-year pro re-signed Monday morning after he was waived on July 26.

I’m told the Seahawks have agreed to a deal to bring back DE Branden Jackson (as @RapSheet said). Expect it to be for less than the $2.133M he was set to make on an RFA tender before he was released 8 days ago. He has to go thru COVID testing before he can sign later this week.

Part of the reason they can bring Jackson back is Chance Warmack was officially placed on the Reserve/Opt-Out List after Warmack announced he was opting out of the 2020 season last week.

As mentioned at the top, Jackson’s NFL career has been a winding one.

In 2016 he signed as an undrafted free agent with Oakland. On Sept. 3 that year Jackson was cut, and the next day he joined the practice squad. Dec. 3 he was promoted to the active roster.

Fast forward to Sept. 2, 2017 when the Raiders waived him. Less than three weeks later the Seahawks signed him to the practice squad before he joined Seattle’s active roster on Oct. 7.

Last year, he played in 15 games with Seattle and re-signed in April, before being cut last week. See, I told you he had a winding career.

Also, the Seahawks have done this before, releasing a player and then signing him for less money later.

Seahawks had two open roster spots so now that goes to one. Jackson returns in time for the strength and conditioning phase of training camp. https://t.co/FdK9A4QAAe

Now we wait to see who the Seahawks will fill that final roster spot with.