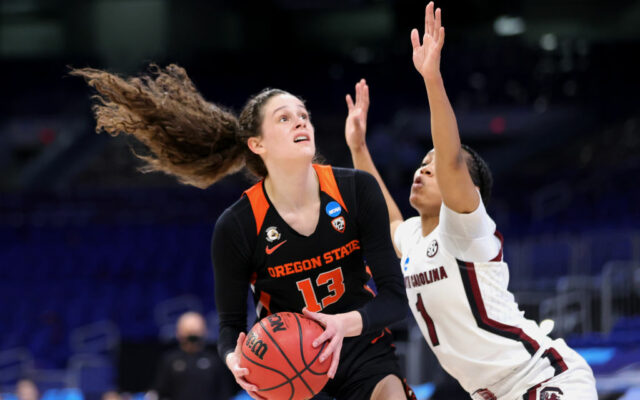 If you skipped over the note above, here are the cliff notes:

She set her career-high in points scored (24) in the second game of the season — against San Francisco in December. She would later snag her only double-double with 16 points and 10 rebounds against Utah in January.

Finally, if you’re curious, Goforth is from Fayetteville, Arkansas. So, she could resurface somewhere in that region of the country.