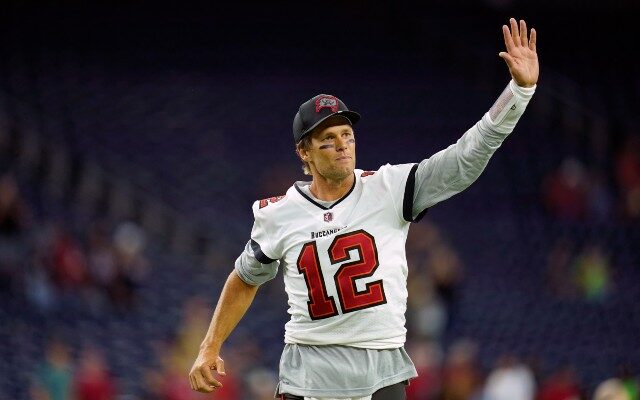 Is Brady actually retiring? There is some debate despite the news report from ESPN (AP Images)

Update: The Associated Press and other outlets are reporting Tom Brady has contacted Buccaneers GM Jason Licht, telling him he has not yet made a decision about retirement, despite the ESPN report.

Tom Brady’s father says Brady has NOT made a final decision yet on his retirement, per @MikeGiardi pic.twitter.com/rqbjJZjeaY

The greatest NFL Quarterback – and perhaps player – in the history of football, is calling it a career.  Tom Brady is retiring after 22 seasons and 7 Super Bowl titles.

Immediately reaction came pouring in from across the league and all of sports.

Thanks for the memories, babe. @TomBrady pic.twitter.com/lCqCVn13tI

Thanks for the memories, babe. @TomBrady pic.twitter.com/lCqCVn13tI

Thanks for everything big bro it was an honor @TomBrady 🐐