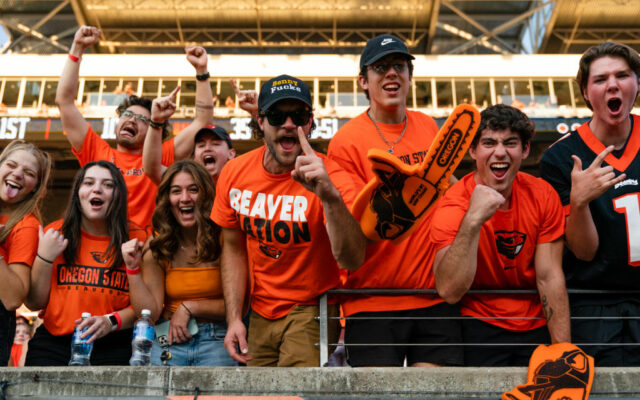 CORVALLIS, OR - OCTOBER 15: Oregon State Beaver fans get ready for the game against the Washington State Cougars at Reser Stadium on October 15, 2022 in Corvallis, Oregon. (Photo by Ali Gradischer/Getty Images)

The Oregon State Beavers may not have played a game this weekend, but they still had a good week.

Following a 6-2 (3-2 Pac-12) start and the ensuing bye week, the Beavers earned a No. 24 ranking in the AP top 25 poll. The Beavers were also just outside the USA TODAY top 25 this week, receiving the most votes of any team not ranked. The Beavers had the door opened for them when seven top-25 teams lost this weekend in a wild slate of games.

The last time Oregon State reached the top 25 was in 2013, when the team began the year 6-1. Ultimately, the Beavers faltered down the stretch that year, losing five straight games to close the season before a win over Boise State in the Hawaii Bowl.