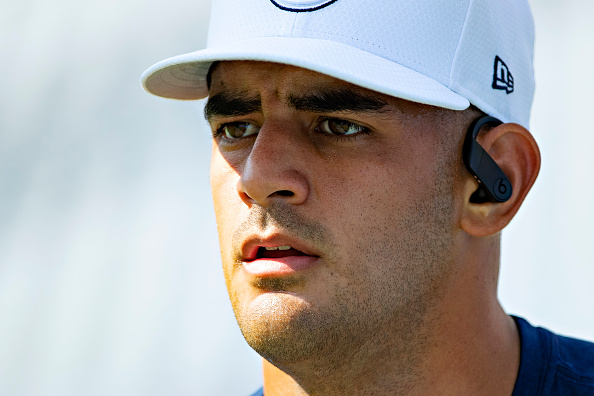 The Hawaiian native and former Heisman Trophy winner has found a new home in what many refer to as “The Ninth Island”, Las Vegas, Nevada.

The former Oregon Duck was the No. 2 overall pick by the Tennessee Titans in the 2015 NFL Draft. He was the starter from his rookie year up until this past October, when Ryan Tannehill took over for him and led the Titans to the AFC Championship game.

Raiders GM Mike Mayock spoke highly of Mariota in the past when he served as NFL Network’s chief draft analyst.

The #Raiders are pushing to close out a deal with QB Marcus Mariota, sources tell me and @RapSheet. Mike Mayock’s No. 1-ranked QB in his @nflnetwork coverage leading up to the 2015 Draft could soon be on his roster.

Regardless of whether Mariota will serve as back-up of eventually take over the starting role, the added competition for Derek Carr at the quarterback position is just what head coach John Gruden was looking for.