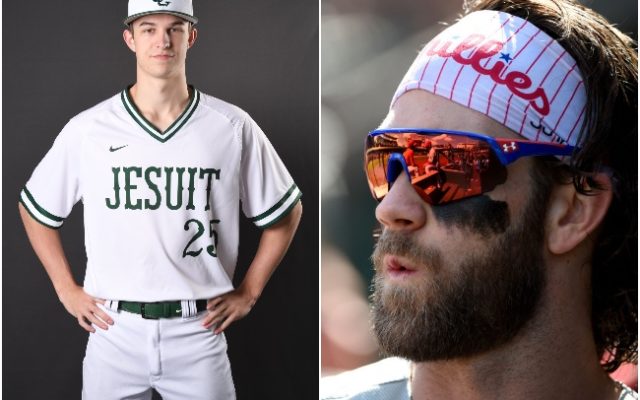 Even Bryce Harper likes what he sees. [Photo from @TheSaderNation and Getty Images]

With the 15th overall pick in the 2020 MLB Draft on Wednesday, the Philadelphia Phillies selected the local Jesuit High School pitcher, Mick Abel.

Congratulations to Jesuit’s Mick Abel for being selected in the first round of the MLB draft at # 15 pick by the Philadelphia Phillies! pic.twitter.com/AE9Rr3mecR

Abel is committed to the Oregon State Beavers, but since being selected in the first round, it would seem unlikely that he will attend college at this point.