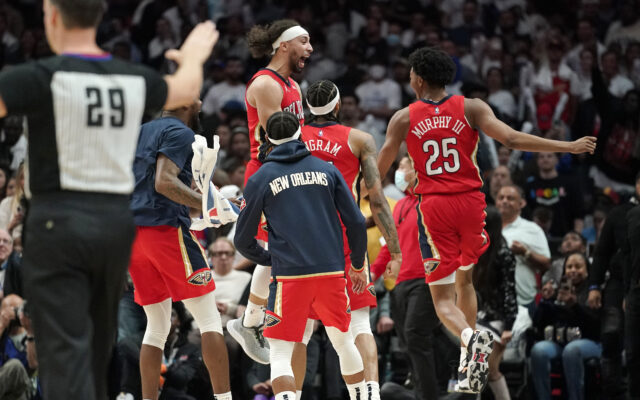 The Portland Trail Blazers will not have two first-round picks, after all.

That opportunity was lost by virtue of New Orleans beating the LA Clippers 105-101 on Friday night in the West play-in to officially advance to the playoffs as the 8-seed.

The Pelicans first-round pick would have belonged to the Trail Blazers had New Orleans failed to make the playoffs.  That was part of the return of the CJ McCollum trade earlier this year.

By advancing to the playoffs, the Pelicans will keep their first-round pick.

Portland still attains its natural first-round selection.  The Blazers finished with the sixth-worst record in the NBA in 2021-22, and have a nine per cent chance at landing the top overall pick at the NBA Draft Lottery on May 17th.