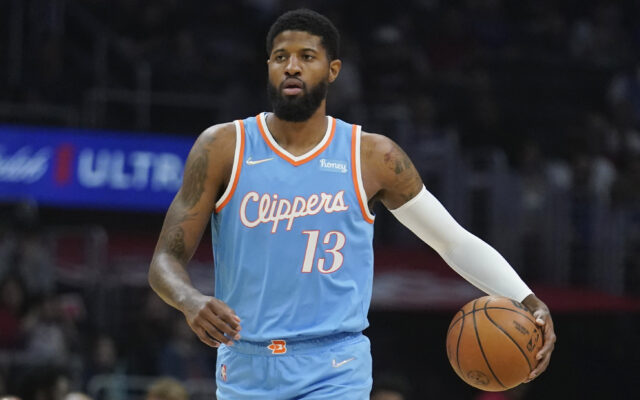 Clippers guard Paul George has tested positive for COVID-19.  He will miss Friday night’s play-in game against the Pelicans (7 p.m., TNT).  George has entered the league’s health and safety protocols.

George missed 51 games this regular season, recovering from a torn UCL in his right elbow.  He returned for the final five games of the regular season, and the Clippers went 4-1.

The betting line on tonight’s Clippers-Pelicans contest was LAC -4 prior to the George news; it now rests at a pick-em.

Portland’s natural first-round pick will be determined at the NBA Draft Lottery on  May 17th.  They finished with the sixth-worst record in the NBA with a 27-55 overall record.