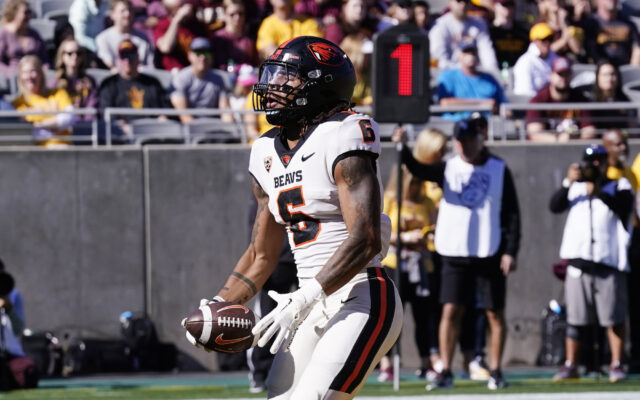 Oregon State had the Pac 12’s leading rusher in BJ Baylor then the next season had the Pac 12’s offensive freshman of the year in Damian Martinez.  What those 2 had in common was the same running backs coach.  But today, AJ Steward, is heading to Baylor to be the Bears running back coach.  Under Steward in 2021, B.J. Baylor became the first OSU back to lead conference in rushing since Steven Jackson in 2003.  Baylor totaled 1,337 and was named All-Pac-12 First Team and honorable mention All-American.  And this past season, Damian Martinez ran for 982 yards and 7 touchdowns and was arguably the best running back in the Pac 12 by the end of the season.  Steward does have a connection to Baylor.  Steward spent the 2018 and 2019 seasons at BYU under the leadership of then BYU offensive coordinator and current Baylor offensive coordinator Jeff Grimes.