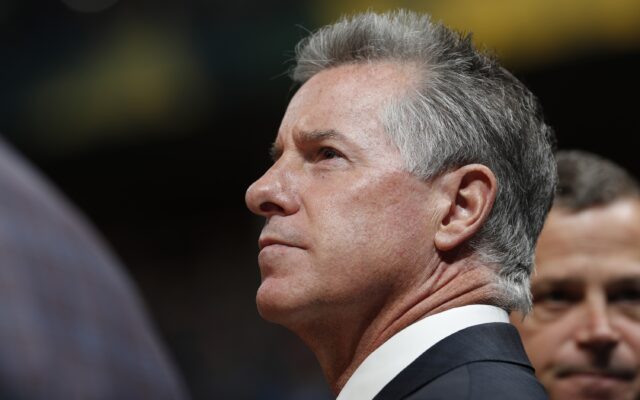 Disagree with all you want with the direction of the Trail Blazers under the ownership of Jody Allen, but one thing has become clear with the team’s firing of long-time General Manager Neil Olshey on Dec. 3: She won’t make the same mistake twice. Here are three takeaways from the team’s decision to fire Olshey.

Olshey was canned after an internal investigation found he had committed unspecified violations against the team code of conduct. The law firm conducting the investigation that led to his firing reportedly was looking into a hostile work environment, and we may never know all the details. Still, for the team to risk the almost certain lawsuit from firing Olshey for cause in the middle of the season, they must be fairly serious.

Allen gave Olshey a chance after assuming control of the team following the death of her brother Paul. He was allowed to fire a coach who made the playoffs every year but couldn’t get the team to the playoffs and to lead the search for the next coach. Whatever behaviors Olshey exhibited that led to his termination were clearly not rectified in that span, and now he’s gone.

Olshey joins team president Chris McGowan as the second high-profile executive out the door within the last month. Allen’s message is clear: You can screw up once, and you can get another chance. But twice? That gets you the boot.

McGowan botched the implementation of a new television deal for the second time of his tenure, and the Moda Center lacked the energy it contained before the pandemic. Olshey didn’t correct his behavior. Now both are gone.

Now the stakes of what has been a middling season for the Blazers are astronomical.

The team must figure out its path forward and if it includes franchise icon Damian Lilliard and star guard CJ McCollum. First-year coach Chauncey Billups is likely already coaching for his job. The team will have interim or acting heads in charge of both basketball and business operations.

On the court, it’s fairly obvious the team has not improved much, if at all, from last year and spends a significant amount of time repeating the same mistakes that saw Terry Stotts ushered out the door. With two months to go before the NBA trading deadline, the team has some serious decisions to make about this season, as they are currently tied for the final play-in spot in the Western Conference. It will be fascinating to see if interim general manager Joe Cronin is allowed to shake the team up significantly during the season or if the Blazers hold with them and they are dealt and hire a permanent general manager with the expectation of significant changes this offseason.

Whatever direction they take, this is a team that could be entirely reshaped, both on the court and off, by this same time next year.

Blazers’ culture is changing, hopefully for the better

Allen now has the chance to shape the team into whatever image she wants it to take. She won’t have to rely on an executive team she inherited nor allow them to influence decision-making. For better or worse, she provided Olshey with plenty of rope. He decided what to do with it.

Whoever is placed in charge has a chance to reinvigorate the culture surrounding the Blazers and get the team pointed back in the right direction. It’s clear the time has come to reshape and remold the team both on and off the court. The next person up will have the chance to either build around Lillard to make use of his remaining prime years or leverage him to start over. They’ll also need to rebuild trust inside the organization and with its fans. It’s a tall order and a once-in-a-decade opportunity for Allen to put her stamp on the franchise.

Whoever she picks to lead the team just needs to make sure they don’t make the same mistake twice. We’ve already seen what happens when somebody does that.