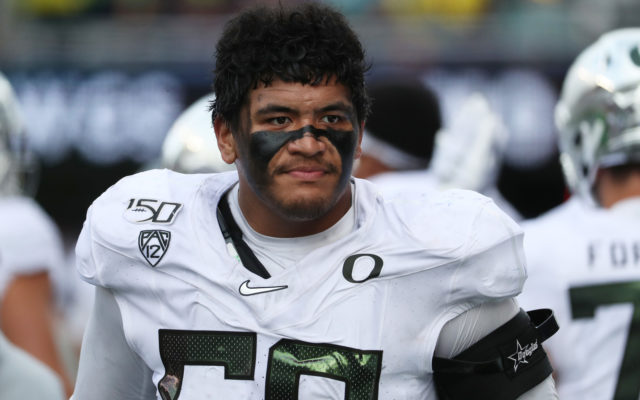 Oregon’s starting left tackle Penei Sewell, a projected top-5 pick in the 2021 NFL Draft, made an official announcement that he would be opting out of the upcoming college football season to declare for the NFL Draft.

Oregon head coach Mario Cristobal raved about the star offensive tackle, saying repeatedly that he was the best offensive lineman he had ever coached.

The 6-foot-6, 330-pound Sewell did not allow a single sack during the 2019 season, and allowed just one in his two seasons with the Ducks.