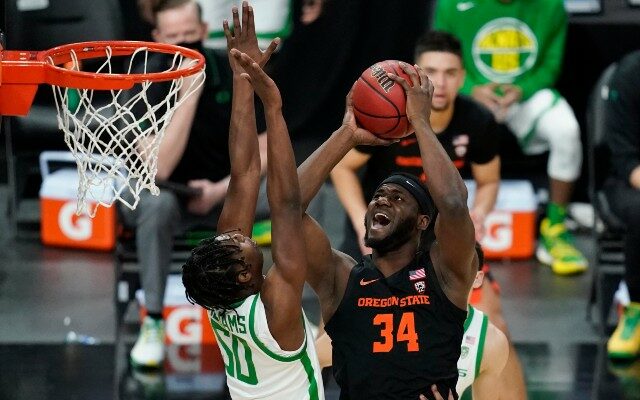 The Beavers were picked to finish last in the Pac-12 in the preseason media poll.  Instead, they finished 5th in the standings, took down the team picked to finish first in the conference in UCLA in the Pac-12 Tournament quarterfinals, and on Friday night kept the magic alive with a 75-64 upset win over the top-seed and  in-state rival Oregon Ducks in the Tournament semifinals.  Wayne Tinkle and the Beavers are headed to the Pac-12 Tournament Championship game on Saturday night (7:30pm on 750 the GAME), where they will face the winner of 3-seed Colorado and 2-seed USC.

It is the second time in program history, and first time since 1988, that Oregon State will play in the conference title game.

The Beavs led by as many as nineteen points in the second half, but the Ducks made a huge charge to cut the deficit to five points at 61-56 with 4:33 left in regulation.  But Oregon State sophomore Jarod Lucas connected on perhaps the most iconic shot of the game, a fall-away three-point jumper at the shot-clock buzzer with hands in his face, to push the Oregon State lead back to 64-56 with 3:44 remaining.  That bucket also snapped a scoring drought of over four minutes for the Beavers, and they used is as a launching point to finish the upset down the stretch.

Senior guard Ethan Thompson led the way for the Beavs with 16 points, hitting on five of his eight attempts from three-point range.  He was part of five Oregon State players to reach double-figures, including a huge bench performance from junior forward Rodrigue Andela who scored 13 points and snared 9 rebounds in 24 minutes.  Andela had been averaging just over 4 points and 4 rebounds a game entering the contest.  Wilsonville native Zach Reichle scored 12 points (7-of-8 FTs), Warith Alatishe had 12 points and 12 rebounds including 7 offensive boards, and Lucas finished with 11 points including his huge three-pointer down the stretch.

The Ducks were led by a trio of 14-point scorers in Chris Duarte, Eugene Omoruyi and LJ Figueroa, with Eric Williams Jr scored 10 points of his own.

Entering the game, Oregon was projected to be a six-seed in the upcoming NCAA Tournament by ESPN Bracketologist Joe Lunardi.  But that was projecting Oregon as the automatic qualifier from the conference,  so the Ducks will have to wait for Sunday’s Selection Show to find out their draw.  You can hear that news as it happens during 750 The Game’s Selection show special on Sunday from 2p-5pm on 750-AM, 750TheGame.com, the Radio.com App and the iHeart Radio App.

The Beavers now are one win away from returning to the NCAA Tournament for the first time since 2016, when Gary Payton II led them to an at-large bid as a 7-seed in the West Region.   However the Beavers lost to 10-seed VCU in the first round. 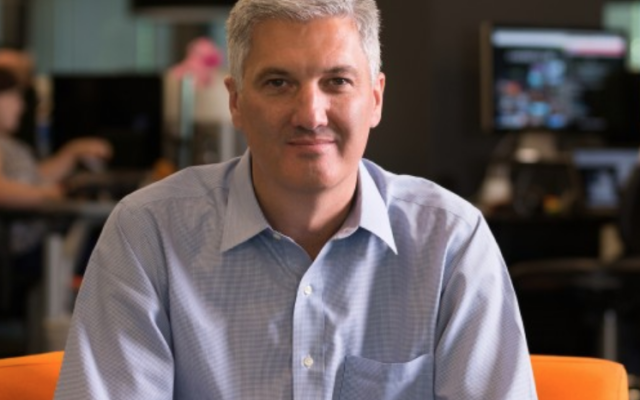 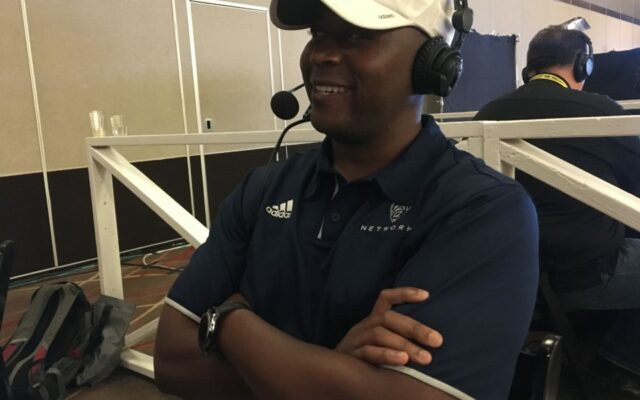 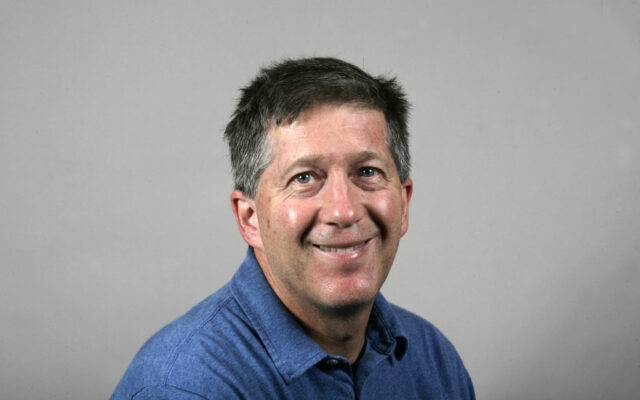