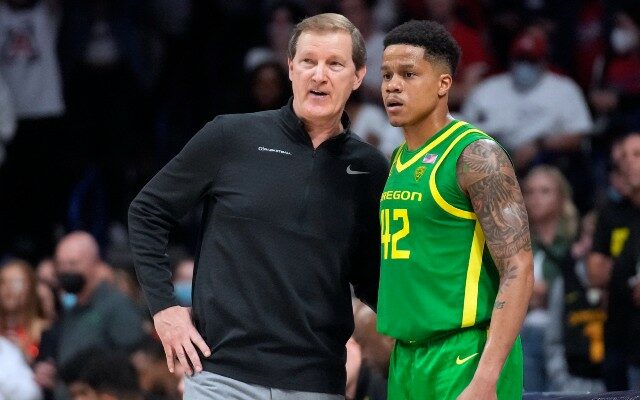 After bowing out in the Pac-12 Tournament quarterfinals, the Oregon Ducks knew their chances of landing an at-large bid to the NCAA Tournament were slim to none.

Sunday night, some began wondering if an NIT bid was even in their future.

The Ducks had to wait to the very end of the NIT bracket reveal before knowing their postseason fate.

Oregon will be a 5-seed in the 32-team NIT field, and will visit 4-seed Utah State in the first round on Tuesday, March 15th.  Tip off is set for 6pm and will be televised on ESPN.

Oregon and Utah State have met five times in their history, but not since the last meeting in 1965.  Oregon leads the all-time series 3-2.