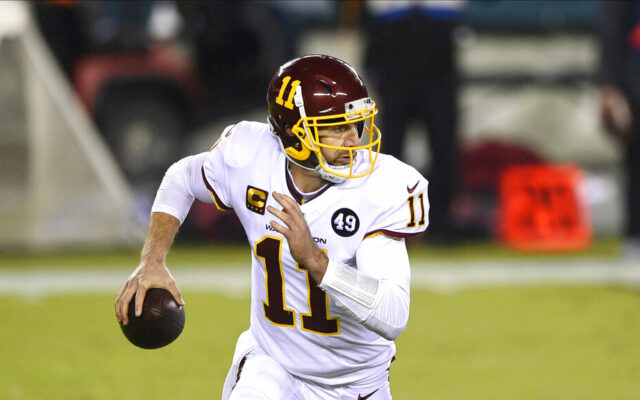 Alex Smith almost lost his leg. In fact, he almost died. Instead, Smith returned to the NFL field and won Comeback Player of the Year last season. Now, he’s hanging up his cleats, the QB revealed Monday morning on Instagram.

Smith was a pro for 16 NFL seasons, but he only played in 14 seasons due to injuries. He played for San Francisco (seven seasons), Kansas City (five) and Washington (two).

Smith had a disappointing trend in his career, being replaced by younger QBs. He mentored both Colin Kaepernick and Patrick Mahomes before being replaced in SF and KC, respectively.

Smith became one of just three quarterbacks since 2005 to win 30-plus games with multiple teams; the other two are Peyton Manning and Carson Palmer. Smith won 80 games with San Fran and 76 with Kansas City. He was also a three-time Pro Bowl selection.

As mentioned, he almost lost his leg following a horrific leg injury in November 2018. Smith made it through surgery, but then doctors discovered an infection that could have killed him if they hadn’t caught it in time. There was also talk he could lose his leg.

The former No. 1 overall pick didn’t stop his rehab and eventually made it back to the field last season. Smith helped Washington reach the playoffs as the NFC East Champions. However, he was not able to play in the team’s Wild Card loss to the eventual Super Bowl Champs, Tampa Bay.

Smith finishes his career with 35,650 passing yards and 199 touchdown passes. He also had 109 interceptions and a 99-67-1 record as a QB in the regular season. Smith’s teams went 2-5 in the postseason with his as the starter.

For a long time he was most known for being the QB that went first overall in the 2005 NFL Draft where Aaron Rodgers fell all the way to No. 24. However, after Jim Harbaugh showed up in the Bay Area, Smith became more respected as an NFL quarterback.

An inspiration to many and a career well-played, now Alex Smith can enjoy retirement with his family.