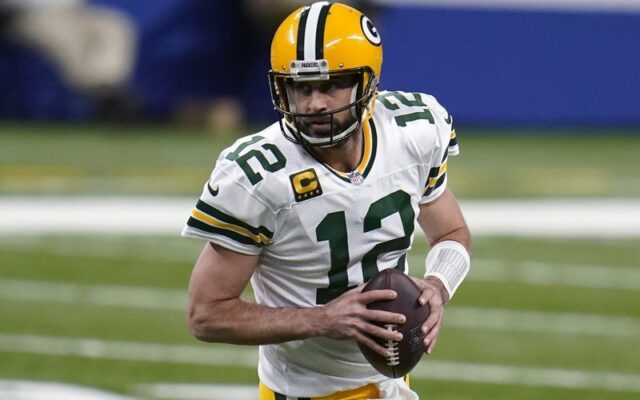 Green Bay Packers quarterback Aaron Rodgers won his third career NFL MVP award at the NFL Honors on Saturday night.  Rodgers threw 48 touchdowns with just five interceptions in the 2020 season, guiding the Packers to an NFC-best 13-3 record in the regular season, though they lost in the NFC Championship Game to Tom Brady and the Tampa Bay Buccaneers 31-26.

Rodgers is the sixth quarterback in history to win the MVP award at least three times, having done so in the 2011 and 2014 seasons.  He receiving 44 of the possible 50 total votes by a group of select media, with Buffalo Bills quarterback Josh Allen receiving four votes and Kansas City Chiefs quarterback Patrick Mahomes earning two.

Earlier in the evening, former Oregon Ducks star and LA Chargers quarterback Justin Herbert was named the AP NFL Offensive Rookie of the Year.  Washington Football Team defensive end Chase Young earned the same honors on the other side of the ball.

Another local man won an award Saturday night as Seattle Seahawks quarterback Russell Wilson was named the Walter Payton Man of the Year.

Absolutely well deserved. 👏@DangeRussWilson is the 2020 Walter Payton NFL Man of the Year!

The NFL also announced a new hall of fame class for 2021, including: