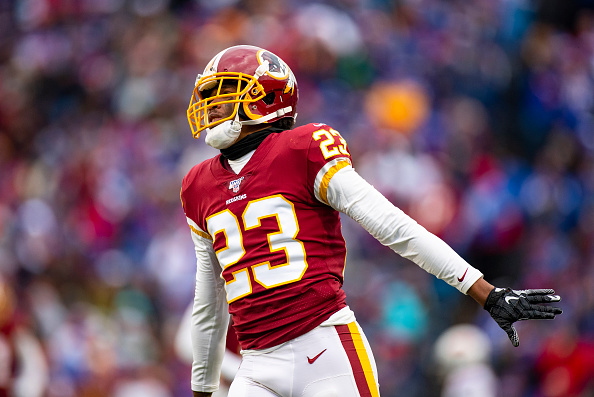 The NFL Free Agency period officially begins when the new league year starts on Wednesday. However, Monday begins what is known as the “legal tampering period” where teams can talk to free agents even though the players are still “under contract”.

There are some huge names available this offseason, so let’s just dive in.

If you didn’t check out our Tag Central post, 1) you should, and 2) Tom Brady is officially a free agent and will not be returning to New England.

The Patriots placed franchise tag on OL Joseph Thuney. We know one place Brady will not be going, the Tennessee Titans. The Titans signed last year’s hero, Ryan Tannehill, to a 4-year deal worth $91 million. UPDATE: Brady expected to sign with Tampa.

Add Amari Cooper’s name to the list of available players. Cooper officially became a free agent similar to Brady; the Dallas Cowboys placed their franchise tag on QB Dak Prescott. However, later in the day the Cowboys reached an agreement with their standout wide receiver.

Amari Cooper and the Cowboys reached agreement on a five-year $100 million deal.

The #Cowboys have reached an agreement in principle with WR Amari Cooper on a 5-year, $100M deal, source says. He never wanted to leave Dallas, and now he sticks around.

Philip Rivers is also available after 16 years with the Chargers. The Indianapolis Colts have reportedly had discussions with Rivers, according to NFL Network’s Ian Rapoport.

The #Colts have had discussions with free agent QB Philip Rivers, source said. And while nothing is done, he’s a clear target for Indy. We shall see if they can agree on the money.

Source: #Bears are focused on acquiring Andy Dalton or Nick Foles – both veteran quarterbacks who have played for either Matt Nagy or members of coaching staff. There’s a sense in the organization that Mitchell Trubisky should be forced to compete for the starting position.

Kirk Cousins is staying in Minnesota. He reportedly signed a two-year extension, according to ESPN’s Adam Schefter. Meanwhile, wide receiver Stefon Diggs has been traded from Minnesota to Buffalo to join Josh Allen and the Bills.

Drew Brees signed a new two-year contract with the Saints, worth roughly $50 million.

The 49ers are bringing back safety Jimmie Ward on a 3-year deal.

The #49ers are giving safety Jimmie Ward a 3-year deal worth $28.5M, source said. He was a priority for that defense.

Former Falcons TE Austin Hooper 4-year/$44 million deal with Cleveland, including $23 million guaranteed. After Hooper left Atlanta, the Falcons traded for Hayden Hurst from Baltimore. Atlanta gets Hurst and Ravens’ 4th-round pick in upcoming draft, while Baltimore gets Falcons’ 2nd- and 5th-round pick for upcoming draft, according to Schefter.

Big trade between the Arizona Cardinals and the Houston Texans, sending running back David Johnson to Houston and wide receiver DeAndre Hopkins to Arizona.

Arik Armstead has signed a 5-year contract extension with the #49ers pic.twitter.com/oTWJJJhXhz

Meanwhile, his former college teammate DeForest Buckner is heading to Indianapolis in exchange for the 13th overall pick in this year’s 2020 NFL Draft. Buckner will be making over $20 million per year with the Colts.

The Dolphins are also getting DE Shaq Lawson, according to Rapoport.

Outside Linebacker Jason Pierre-Paul signed a two-year, $27 million deal, according to Schefter.

Safety Damarious Randall is gaining interest from the Seahawks, Redskins and Raiders, according to ESPN’s Josina Anderson.

Cornerback Byron Jones is getting interest from the Dolphins, Jets, Raiders and Eagles, according to Anderson.

Jameis Winston is headed to free agency as well.

Jameis Winston expects to have a market, and he figured he would hit the tampering period once Bucs planned to franchise tag Shaq Barrett. Transition tag was an option but that’s off table with new CBA.

In the midst of all the free agency moves, the Pittsburgh Steelers and quarterback Ben Roethlisberger restructure contract to continue clearing salary cap space.

Steelers have restructured the contract of Ben Roethlisberger to create extra cap space. Fifth player to do so along with tight end Vance McDonald, cornerbacks Joe Haden and Steve Nelson and kicker Chris Boswell.

The Carolina Panthers signed quarterback Teddy Bridgewater to a three-year deal in the $60 million range. The deal will be completed when the new league year begins on Wednesday.

Ronald Blair returning to the Bay. Blair produced a career-high PFF grade of 77.5 in 2019

The #49ers are bringing back defensive end Ronald Blair on a 1-year deal, source said. He had three sacks last year.

#Eagles are re-signing Jalen Mills, as @JosinaAnderson said. He’ll be a hybrid player – corner and safety.

Miami Dolphins locked down a stud at running back. Howard agrees to a two-year deal.

Dolphins and former Eagles’ RB Jordan Howard reached agreement on a two-year deal worth north of $10 million, per source.

Panthers give quarterback Cam Newton permission to seek a trade.

Big news: Based on the previous discussions between the #Panthers organization and Cam Newton’s agents, it has been agreed upon to allow Cam and his agency team to seek a trade. Other details to follow.

Former Falcons’ pass rusher Vic Beasley will sign with the Titans, per his agency. The 27 year old led the league in sacks in 2016 when he was in Atlanta.

Phillip Rivers is on his way to Indianapolis on a one-year deal.

Ex-Bengal first round pick Darqueze Dennard is heading to Jacksonville.

Per @RapSheet the Jaguars are signing CB Darqueze Dennard

Dallas beefed up their D-Line when they added Gerald McCoy.

Former Pats’ defensive lineman Danny Shelton is signing with the Lions on a 2-year deal for $8mil, per @RosenhausSports.

Compensation update: Brian Poole will re-sign with the Jets on a one-year, $5 million guaranteed deal, per @RosenhausSports. https://t.co/gr0ZDouSVE

It’s a one-year deal for Sean Mannion to return to Minnesota, according to a league source.

Later that morning, Chargers running back Melvin Gordon officially signed with the Denver Broncos. The Broncos reached a two-year deal with Gordon for a total of $16 million ($13.5 million guaranteed).

Source: The #Broncos and RB Melvin Gordon have agreed to terms on a 2-year deal worth $16M with $13.5M guaranteed. The former #Chargers star stays in the division, creating a strong 1-2 punch with Phillip Lindsay.

Former Steelers, Broncos, and 49ers wide receiver Emmanuel Sanders signed a two-year deal with the New Orleans Saints worth $16 million. He will look to become the first player in NFL history to play in a Super Bowl with four different teams.

It’s been a great 5 seasons as a Buccaneer. All love and respect, I love Tampa and I look forward to seeing y’all again in February. #SBLV #2020Vision #Dreamforever pic.twitter.com/MIPiCfreXW

The Lions traded CB Darius Slay to the Eagles. Slay will be wearing the number 24 this upcoming season in honor of Kobe Bryant.

New England brought back QB Brian Hoyer, who will join Jarrett Stidham and Cody Kessler in the Patriots QB room.

The #Patriots will bring QB Brian Hoyer back on a 1-year deal to join Jarrett Stidham and Cody Kessler… plus there is always the draft. Given where NE is cap-wise, this is probably it at the position.

The first XFL player was signed to an NFL roster. Houston Roughnecks QB and former Temple Owl, P.J. Walker signed a two-year deal with the Carolina Panthers worth roughly $1.5 million.

After acquiring P.J. Walker from the XFL, the Panther traded QB Kyle Allen away to the Washington Redskins for a future fifth round draft pick.

Hours after agreeing to terms with XFL standout P.J. Walker, the Panthers are unloading a quarterback they just extended. The Panthers have now agreed to trade Kyle Allen to Washington. https://t.co/UcSaygvLxi

The Seahawks made a big move in their secondary, trading for CB Quinton Dunbar from Washington.

The #Seahawks reportedly made a big addition to their secondary today, trading for Quinton Dunbar, who was ranked the No. 2 cornerback in all of the NFL last season by Pro Football Focus.https://t.co/GLch9PKtQj

After a few games in the #XFL Jordan Ta’amu has signed with the Kansas City #Chiefs #PatMcAfeeShowLIVE pic.twitter.com/F0kb8nWWME

Cowboys center Travis Frederick has decided to retire from the NFL at age 29. pic.twitter.com/BXE9NGBP6B

It was announced early on Tuesday that QB Cam Newton would be released from the Carolina Panthers.

Cam Newton had a physical in Atlanta yesterday coordinated by the Panthers and his agency team, per sources. Newton passed the physical and is healthy, per source, with both his shoulder and foot “checking out well and he is hungrier than ever and eager for the next opportunity.”