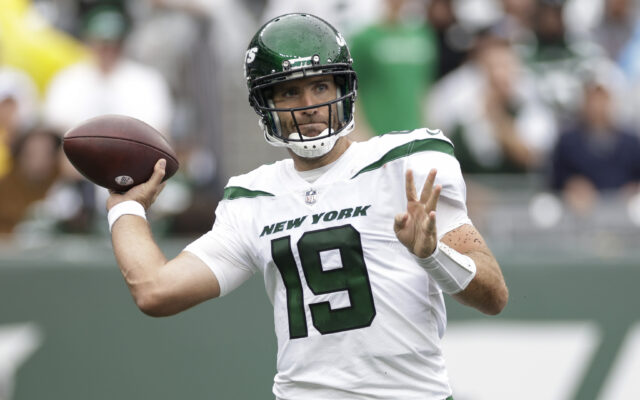 New York fans may have chanted Mike White’s name during the Sunday’s season opening loss to the Baltimore Ravens, but the Jets are going to stick with Joe Flacco.

Head Coach Robert Saleh made that announcement Wednesday morning as his team prepares to face the Cleveland Browns in week 2.

The 37 year old Flacco struggled against the Ravens, and the Jets failed to score a touchdown until the final minute of the game. He struggled to move in the pocket and was sacked three times, hit 11 times and pressured 19 times. All told, Flacco completed 37 of 59 passes for 307 yards with one touchdown and one interception.

ZachWilson, who had arthroscopic knee surgery Aug. 16, is expected to miss at least two more games. He’s still not practicing but will do some light individual drills this week.