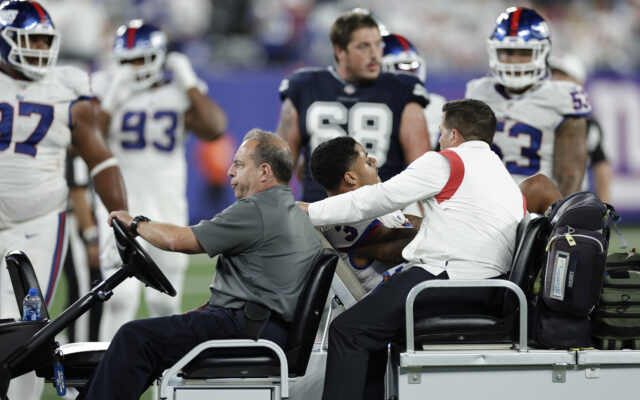 The injury will end his season and possibly his time with the Giants. Shepard, the longest-tenured player on the team, is in the final year of a restructured deal he signed this offseason off a torn left Achilles.

The noncontact injury happened in the final minutes of New York’s 23-16 loss to Dallas. It came on a seemingly unimportant play where Shepard was  jogging near the right sideline when he crumbled to the ground.

This will be the fourth straight year he has missed at least four games because of injuries. He has dealt with Achilles, quad, hamstring, toe and concussion problems the past few years. Now, he will miss the rest of the season with this latest injury.