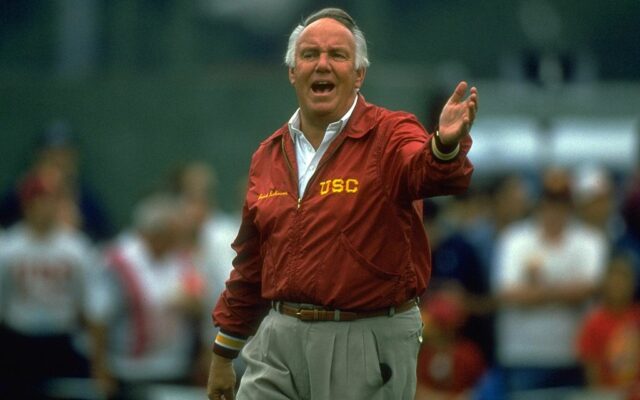 Did you know that John Robinson played football at University at Oregon?

Robinson joined John Canzano on The Bald Faced Truth on Friday and shared stories about playing at Oregon on the team that battled No. 1 Ohio State in the Rose Bowl in the 1957 season.  He also talked about the nature of the USC-UCLA rivalry as those two schools battle for Los Angeles on Saturday night (5:00 p.m. on FOX and 750 The Game).