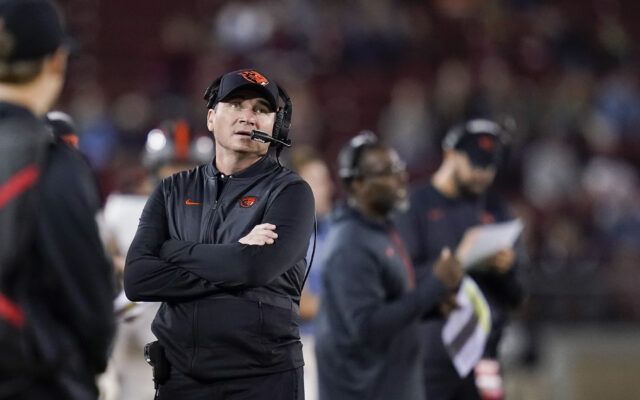 Oregon State coach Jonathan Smith stands on the sideline during the first half of the team's NCAA college football game against Stanford in Stanford, Calif., Saturday, Oct. 8, 2022. (AP Photo/Godofredo A. Vásquez)

Oregon State head coach Jonathan Smith joined John Canzano’s Bald Faced Truth (Weekdays 3-6 P.M. on 750 The Game) to talk about the last-second victory over Stanford and the upcoming matchup against Washington State. Smith also shares his thoughts on other topics such as the MLB Playoffs and the NFL’s roughing the passer problem.