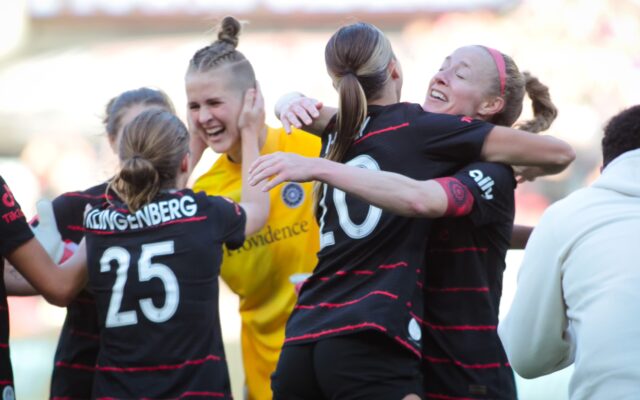 Portland Thorns FC advanced to the 2022 NWSL Championship with a 2-1 win over San Diego Wave FC, earning their league-leading sixth playoff win in club history, on Sunday afternoon at Providence Park. After conceding early in the match, Rocky Rodríguez helped Portland equalize in the 20th minute. The match saw the next 73 minutes remain scoreless, until Crystal Dunn netted the game winner in the 93rd minute to secure Portland’s spot in the final. Thorns FC will face the KC Current in the championship match at Audi Field in Washington D.C., on Saturday, Oct. 29 at 5 p.m. on CBS.