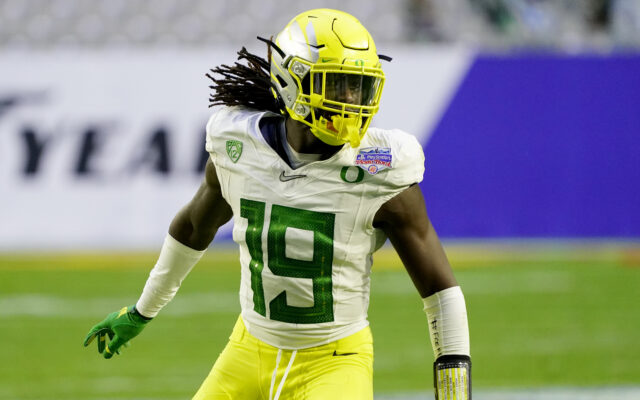 “Those guys are indefinitely suspended until further notice,” Oregon coach Mario Cristobal said. “When the time is appropriate I’ll get that information to you.”

The pair are each facing three misdemeanor charges of reckless endangering, assault, unlawful discharge of a firearm, and disorderly conduct.

On the field, Hill was a starter last season and James was a projected starter for the upcoming campaign. At practice today, second-year freshman Dontae Manning and junior Bennett Williams took the vacant spots on the first-team defense.