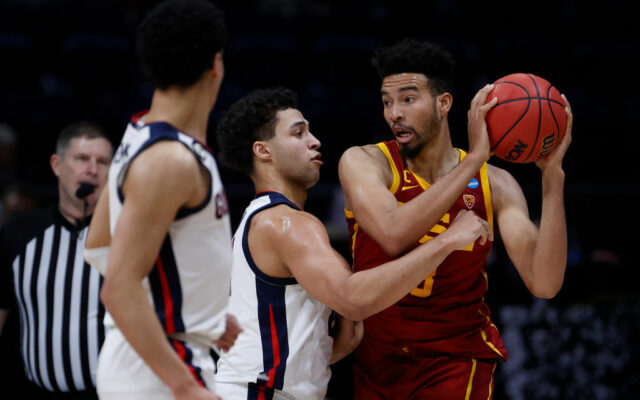 The USC Trojans really never stood a chance. Gonzaga jumped out to a big lead and never gave it up.

Drew Timme led the way with 23 points in the wire-to-wire win. The Bulldogs led by as many as 24 points.

Corey Kispert and Jalen Suggs each scored 18 to also help Gonzaga improve to 30-0 as the quest for a perfect season inches closer to its goal.

For USC, the Mobley brothers led the way again. Isaiah Mobley scored a team-high 19 points, while Evan Mobley was close behind with 17.

The Trojans were abysmal compared to the Zags shooting-wise. Gonzaga’s defense deserves a ton of credit.

USC (25-8, 15-5 Pac-12) fell short of the Pac-12 regular season title (based on win percentage). However, for the second straight season, and the fifth time in six seasons, the Trojans finished with at least 20 wins.