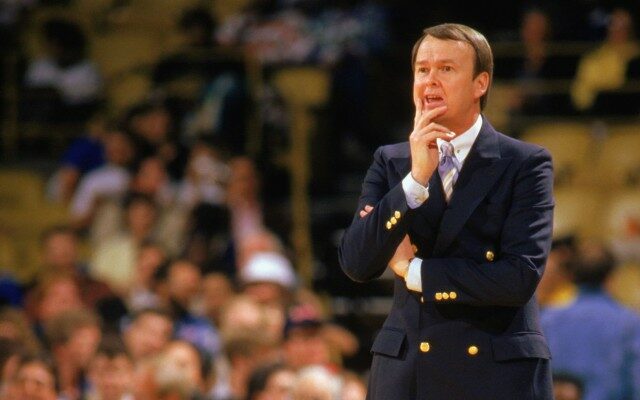 The Portland Trail Blazers issued a press release Wednesday announcing the passing of former head coach Mike Schuler at the age of eighty-one.

From the press release:

PORTLAND, Ore. (July 6, 2022) – The Trail Blazers organization is saddened to hear of the passing of former head coach and 1987-88 NBA Coach of the Year Mike “Coach” Schuler.

Schuler served as head coach of the Trail Blazers from 1987-89 and worked around the league in various coaching positions through 2005. He earned his NBA Coach of the Year recognition in his rookie season as a coach after leading the Trail Blazers to the playoffs with a record of 49-33. Schuler was the second coach in NBA history to win the prestigious award in their rookie season, with only five coaches currently holding that honor.

“I had the pleasure of being both coached by Mike and coaching alongside him later in my career,” said Terry Porter, former Trail Blazers player and NBA coach. “Mike was a terrific coach and had a great intensity about his coaching style with a focus on bringing out the best in his players. From a colleague standpoint, I was extremely grateful to have him on my coaching staff to share his experience, knowledge and kindness with me”

An Ohio native, Schuler graduated from Ohio University in 1962 and began his coaching career as an assistant at Army in 1965. Following a stint at his alma mater as an assistant, the Virginia Military Institute hired him to serve as the school’s head coach in 1969. He spent four seasons as the head coach at Rice University before transitioning to the professional game as an assistant for the New Jersey Nets in 1981. Overall, Schuler’s impressive coaching career spanned 40 years with his first 16 years spent in the college game and the final 24 in the NBA. He was inducted into the Ohio Athletics Hall of Fame as the recipient of the Glenn C. Randall Lifetime Achievement Award.